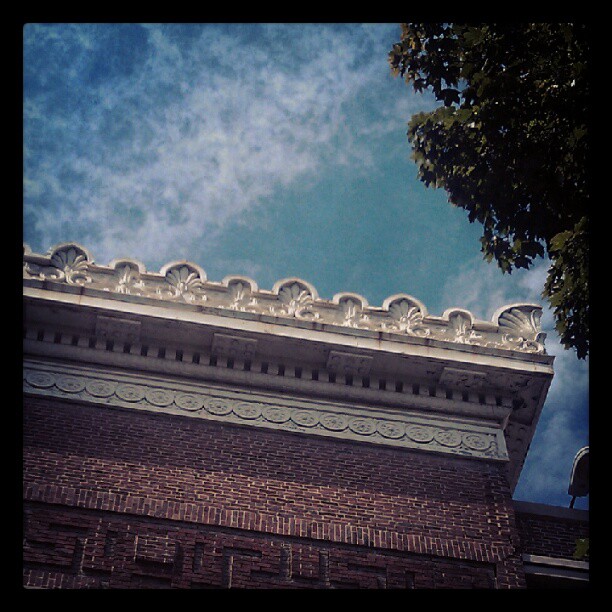 They just don’t build ’em like they used to

“You would make a bad union delegate,” a coworker once told me with a friendly laugh. I was a member of the Chicago Teachers Union for six years, but I was not heavily involved. My coworker on the other hand was a delegate, had a lot of opinions, and was not afraid of conflict. I have opinions, but I’ve always been hesitate to pick a fight (remember how I was anonymous for almost two years?).

Even though Chicago Public Schools (CPS) politics did not play a role in my decision to leave, I have to say that last year I was been repeatedly dismayed by the contract negotiations between CPS and the teacher’s union. I can hardly call it “discourse” as both the union and the district volleyed insults continuously. Their behavior was reminiscent of how our Congress communicated with our president: veiled threats and bullying. Thanks for the pitiful example, Congress. I know the strike will resolve itself, but I hope that going forward there will be an improvement in the way the district and the union communicate with each other. It’s insulting to the teachers and clinicians who work so hard every day for the kids. Maybe a little more civility and a little less posturing next time?

I’m proud of my good friends and former coworkers who have walked picket lines across the city yesterday and today. There is no question that they are on the front lines of education. From experience I know that the job isn’t an easy one. It’s hard to see so much need and hear so many tough stories all the time. Poverty is to blame with even typically developing kids come to school with deficient skill sets (Hart and Risley, 1995). Teachers don’t go around blaming poverty for students’ achievement problems, but instead lamenting the loss of potential. They take it home with them, too. That’s part of why I had to leave — I couldn’t deal with it anymore.

I have always believed that working class people need more union protection. Low wage workers, like Wal-Mart employees, need to get unionized because they are often exploited (see: all the class actions lawsuits that employees have won). Union protection of teachers has gotten them to where they are right now: living wage with benefits like health insurance. Teaching jobs helped build a robust middle class. A recent study by the Pew Research Center found that Americans say that “a secure job is at the top of their list of requirements to qualify for the middle class.” Number two on the list is health insurance. The Pew Research Center noted that just 20 years ago number one on the list was home ownership followed by having a car or two. The bar has fallen and people are hurting. But I’d like to remind anyone attacking teachers that they are just regular folks and aren’t people coming from families with tremendous resources. Often they come from the neighborhoods in which they teach.

On the whole, the new contract looks good and it’s really too bad that negotiations broke down. From what I understand, the real sticking point is teacher evaluations — not pay. Teachers don’t want any part of their pay based on student performance. Who can blame them when how a child perfroms at school is dependent on many factors including family, school, and community. Teaching to the test is already happening all the time — I can’t imagine it getting any worse. On the other hand, I do support evaluations based upon some kind of firm data. That makes sense.

Nothing is black and white in life. I’ve found that even “good” schools have “bad” teachers and a “bad” school still has some “good” teachers. There are great performers everywhere. I think that it all comes down to leadership. Principals determine school culture: invest in great leadership and schools will shine. For schools to be even better, principals need to be able to fire below average teachers and as such I think that the tenure process does need to be rehabbed. I would like to see the union change their stance on the current tenure procedure — I think it would give them bonus points all around. On the other hand, a lot of hiring and firing inside a school is political and tenure can protect good teachers from “bad” administrators. I’ve seen great new (and old) teachers get fired just because someone in power did not like them.

To wrap it up, I’m thinking of everyone striking and hoping for the best outcome for all involved, including students!

7 thoughts on “Teachers Strike in Chicago”