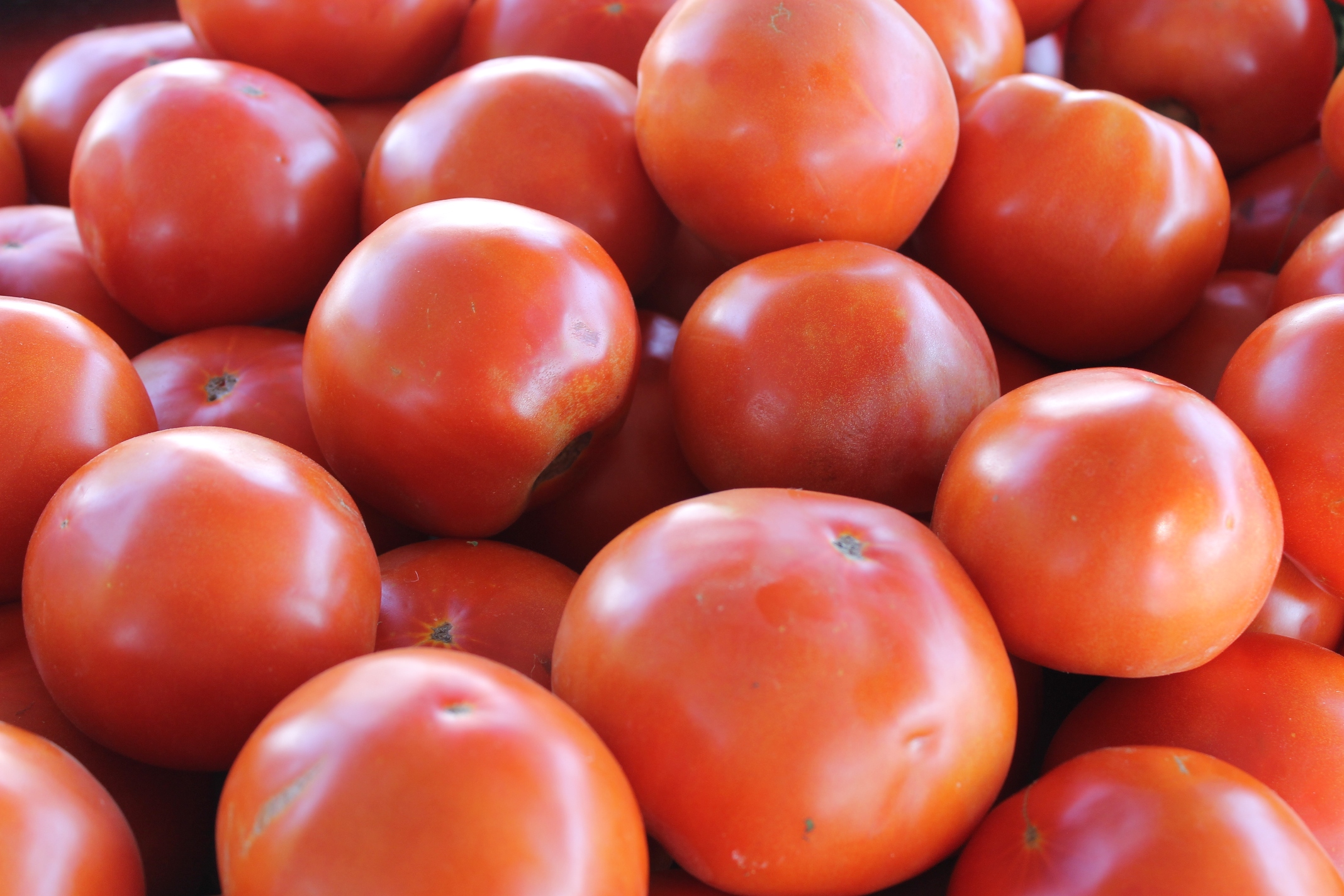 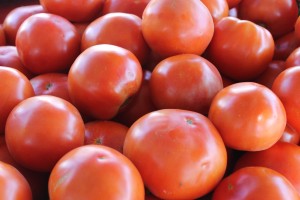 Pretty tomatoes at the farmer’s market. I didn’t buy one.

[First post: Eat at Home Challenge: 10 Days in the Kitchen]

The more you eat at home, the more prone you are at falling on your culinary face. I hate it when I ruin a meal and then have to cook the next night. I sound spoiled when I say that, but I usually feel like eating out the next night. I just want to escape the kitchen.

When I had my first car accident in high school, my dad came home from work and immediately tossed me the keys. He wanted me to get behind the wheel again and not be afraid of driving. I was very nervous about that because I had spun out on a cold December day with the  German exchange student and my best friend in the car. I only dented the car on a small birch, but I gave my friends a major fright and humiliated myself. I’m grateful to that birch because that tree and its little friends prevented the car from going straight down the embankment into a large pond.

There’s no culinary equivalent to a car accident, aside from burning down your kitchen, I guess. But my dad taught me a life lesson that maybe I haven’t fully internalized yet. It’s important to keep trying even when you are ready to give up.

I mentioned some successes in the kitchen in my previous post including my first decent risotto and then a good “white girl” Pad Thai. Well, I didn’t mention that I screwed up baked drumsticks AND stuffing that same week (two drumsticks were undercooked at the bone and 25% of the stuffing was hard as a rock). How white am I if I can’t make stuffing, right? It’s times like this where I’m grateful for my husband, Mike. He’s willing to eat anything with minimal complaints and then helps me out by excusing it. “Stuffing is supposed to be in the bird where it stays moist — don’t worry about it.” I didn’t have a bird so all was forgiven.

Mike was my culinary victim again when I made a spaghetti sauce from a jar that I couldn’t tell if the contents were good. In my defense, it did come from the farmer’s market and smelled okay when I opened the jar. Using a method my mother employed constantly when I was young, I decided to “jazz it up.” I sauteed and pureed some chard and stirred it into the sauce, turning it a greenish. I had to try it and found it was very spicy. I grabbed the jar to see that one of the ingredients was Thai peppers?! So my husband had to eat that sauce by himself that night (since my son and I can’t handle spicy food) and I had to frantically find something to cover my noodles. Mike commented that it didn’t look very much like spaghetti sauce. Dagger to the heart. When my son asked us to do “Cheers” with our water glasses, I simply stated to my husband, “I hope the food doesn’t make you ill.” I’m happy to report that he did not suffer after the meal was over.

But then tonight I made a tamale pie, which was astoundingly good and simple. I never poured a batter onto another stew/sauce before so I hoped that it wouldn’t be raw after it baked. The meal was a huge hit all around. Wow, redemption! Feels good to be back in the driver’s seat.

How are things going with your Eat at Home Challenge?

14 thoughts on “Day 5, Eat at Home Challenge: Failing as a Cook”