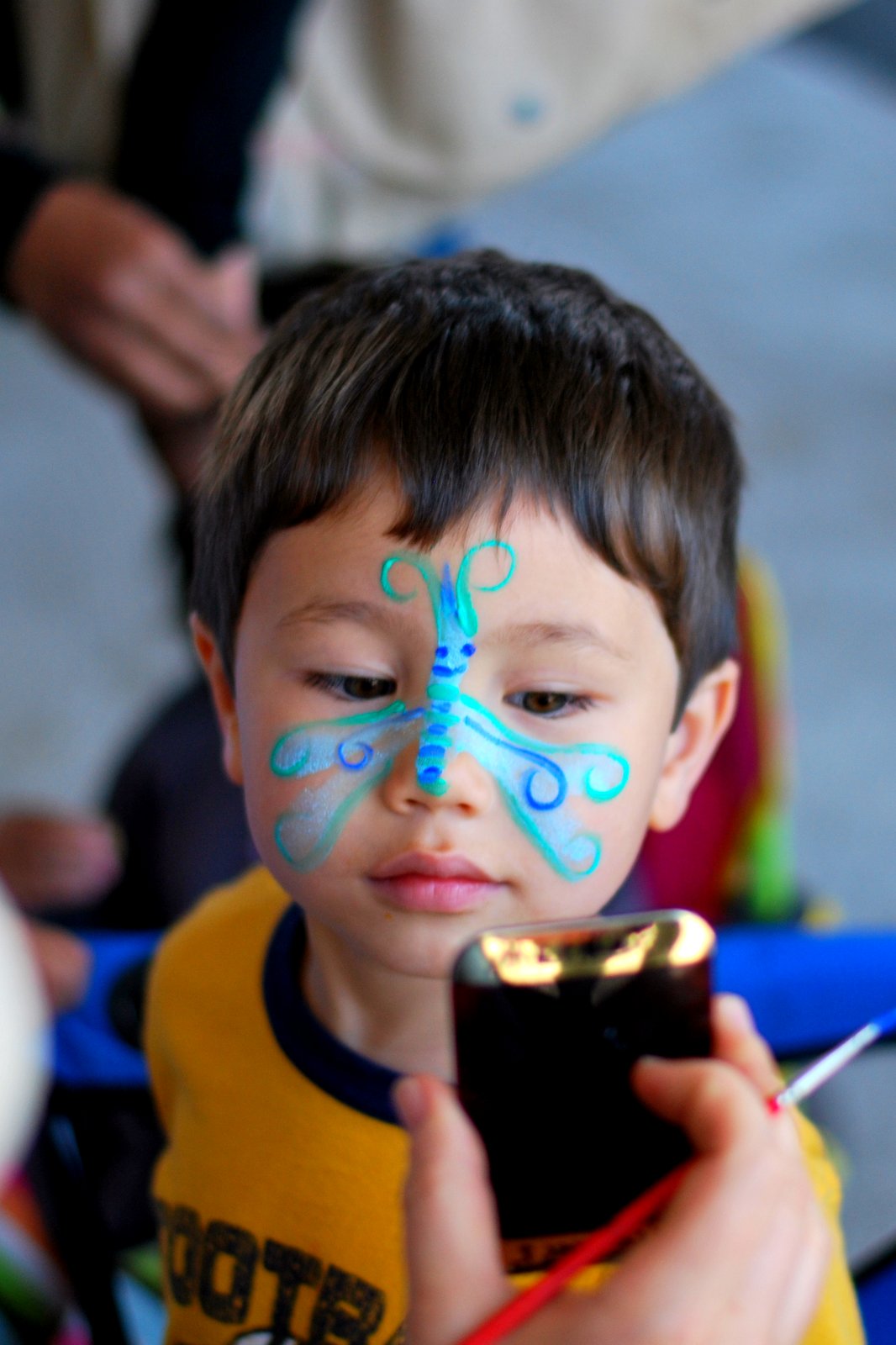 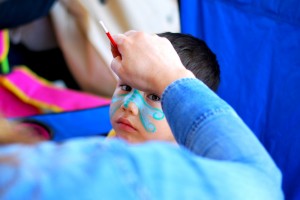 Getting his face painted at the very first Farmer’s Market

Last weekend the town next to ours held their first Farmer’s Market of the summer. I was giddy with excitement. I planned an outing with some friends and off we went. I purchased strawberries and raspberries first. Charlie was insistent that he eat some right away. Then I went to one vendor and bought green onions and peas that needed to be shelled. They also had asparagus, which I gazed at longingly. I love asparagus, but my husband does not. Finally, as Charlie was trying to run away from me, I decided to buy some. I figured that I could cook the asparagus and my husband could choose not to eat it.

That night I steamed it for dinner and set it out on the table. I had low expectations for its consumption. Of course my son went wild for it. In fact, he probably ate ten spears. But keep in mind that they were thin and not the thick kind you  see at the grocery store. We had to bait him to eat his other food with the reward of asparagus. Then he handed the bowl to my husband and said, “Daddy, eat some asparagus.” My husband ate some without complaint. I’m finding that having Charlie around is pushing both Mike and me into eating foods we don’t normally like (tomatoes for me and now asparagus for Mike).

Fast forward to the next morning when I was preparing lunch. I asked Charlie, “Can I put asparagus in your lunch?” Immediately he said, “No, the other kids laugh, ha, ha ha.” My heart fell. He continued, “They say, ‘that green corn?'”

Oh, no. He’s three and he’s already getting teased about his lunches. He’s smart enough to even infer their criticism.

I have been partially aware of this over the past couple months by a couple comments Charlie makes at home. It’s hard to get information from him because he confabulates. For example, “Joe was bad and the teacher took him outside and made him climb a tree.” But this time it was clear. The kids laugh at his food and say mean things about it because they don’t understand what’s in there. I’ve realized that packing “kid friendly” lunches is not the answer either. Against my own best judgment I even sent him with gluten free chicken nuggets a couple times. At first he was into it, but then they ended up coming home uneaten. Chicken nuggets are not his thing even if they are popular with his peers. I don’t even know what to send anymore. 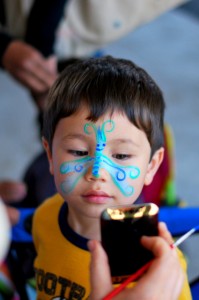 So I wrote a note to the teachers that I needed them to watch out for comments from the other kids about Charlie’s food. But I know they miss comments all the time. Once when I was picking Charlie up a little early the kids were coming back from the bathroom and one child said to another child wearing a Mickey Mouse shirt, “Mickey Mouse is for babies.” The other kid didn’t know what to say so I stepped in because the classroom teacher and aide completely missed the interaction. “Mickey Mouse is for children, not for babies.” The kid immediately backed down. But I’ve heard comments along those same lines coming from Charlie’s mouth. I know where he’s getting it.

Thankfully the school year ends June 15th. That will also be Charlie’s last day at his school. I literally cannot wait to pick him up that last day and enjoy the summer together. We will be moving so he’ll attend another school in the fall. There will be a lot of transitions this summer, but at least he will get some well-deserved “Mom time.” I’ve got some fun outings planned for us including more Farmer’s Market trips. I think he really needs the extra time with me. I know I do.

14 thoughts on ““The Asparagus Incident””