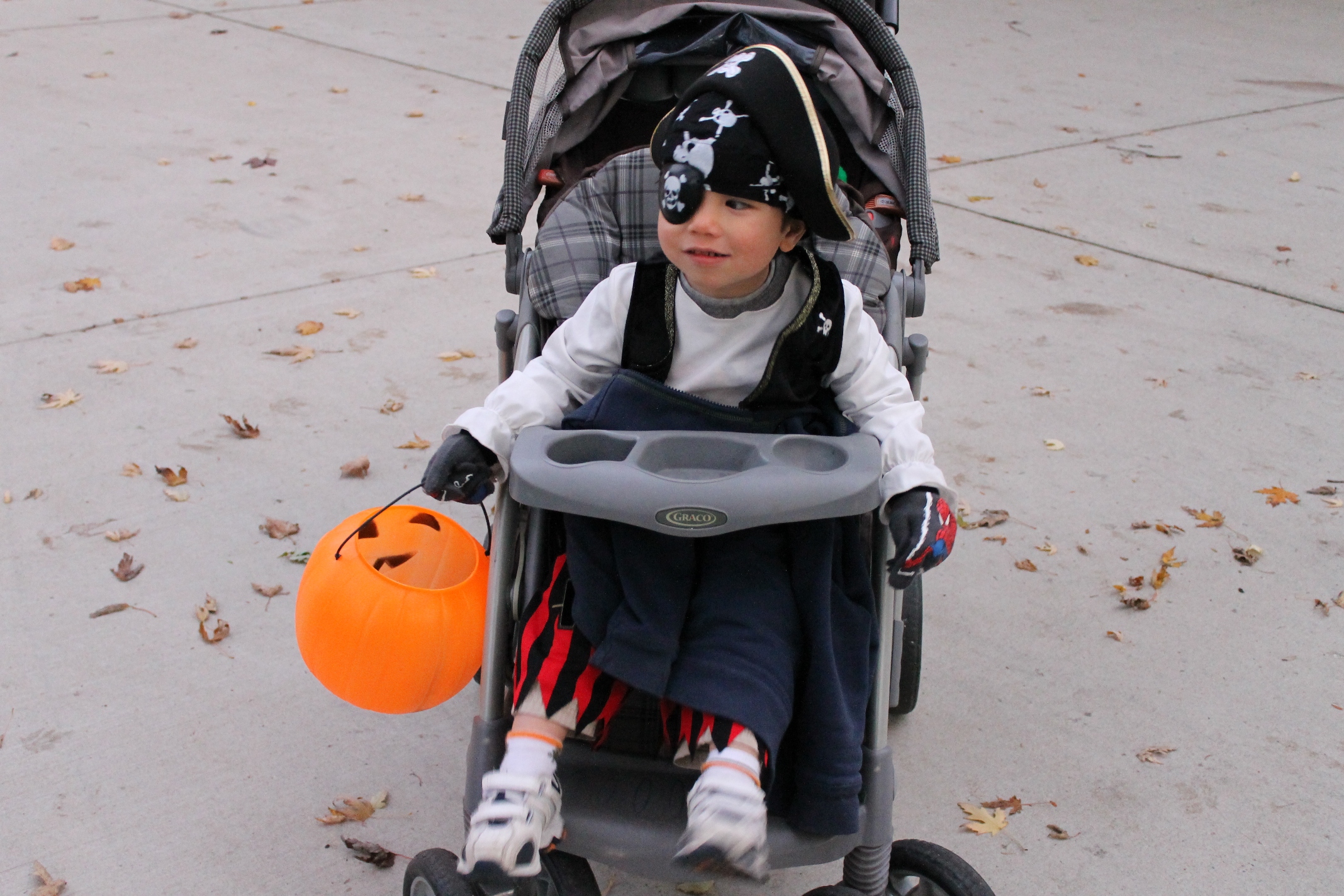 Thanks for all the great discussion in the comments of my guest blogger’s post Fed Up With Halloween. As with so many things I have learned since blogging school lunch, food is personal and so is Halloween.

I thought you might be interested in what we did for Halloween. Our child care center mentioned that parents could provide treats to the kids. I thought about what to send for Charlie for a long time. I wanted to send non-food items, but on the other hand I wanted to support independent candy makers. So I compromised… 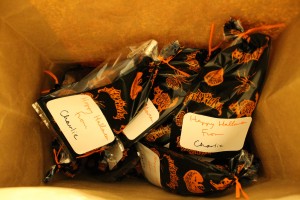 I sent 20 treat bags with Charlie to be handed out to his friends. I labeled the bags as “from Charlie” because I have seen the chaos in classrooms when the teacher and the kids forget who brought what to share. 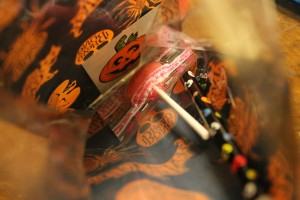 Every bag contained a Halloween pencil, a temporary tattoo, and a YummyEarth lollipop. I decided that if I opted out of candy, I wouldn’t be putting money towards manufacturers who are doing candy right. So I bought YummyEarth lollipops. Here’s a blurb about the company from their website:

As big-time lollipop fans and new dads, we invented YummyEarth to share delicious treats with our kids made only of stuff we would be proud to cook with at home.  We proudly handcraft 22 delicious flavors with real fruit extracts and are just as proud of what is in YummyEarth as what is not; in fact, we even use organic black carrots and organic pumpkin for fabulous color in our organic lollipops!  Everything YummyEarth makes is certified organic or all natural, gluten-free, peanut-free, tree nut-free, and has no chemical colors, artificial flavors, or high fructose corn syrup, just fabulous award winning taste.

Just to be clear, I didn’t hand out candy at our door. We live in a neighborhood with older people with few families so no one ever stops by. 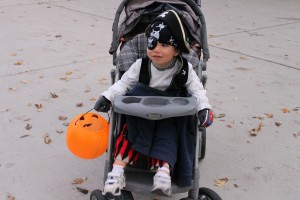 Did we trick or treat? We sure did. Charlie was a pirate, but his costume wasn’t warm enough for him to go walking around without a jacket. We plopped him in the stroller (haven’t done that in awhile) and put his jacket on him like a blanket. That way when he ding-donged a doorbell, he could be in full costume without a jacket. We only walked around the block, but it’s amazing how quickly that pumpkin filled up. After about 10 homes, we had half a pumpkin, which is way more candy than anyone in our house could eat. 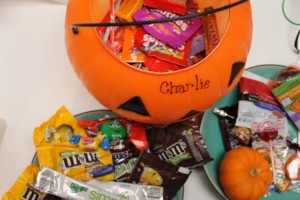 When we got home he wanted a piece of candy. We let him choose from his pumpkin and he chose a jolly rancher (made me nervous that he would choke, but he didn’t). He asked for a piece of candy after school the following two days, but since then he has forgotten about the candy. That means that Mommy and Daddy have a lot of candy on our hands.

I believe most parents don’t let their kids gorge irresponsibly, but instead are like us — left with candy they themselves end up eating. I have eaten more candy than my son has… and for a lot of parents, it’s the last thing we need.