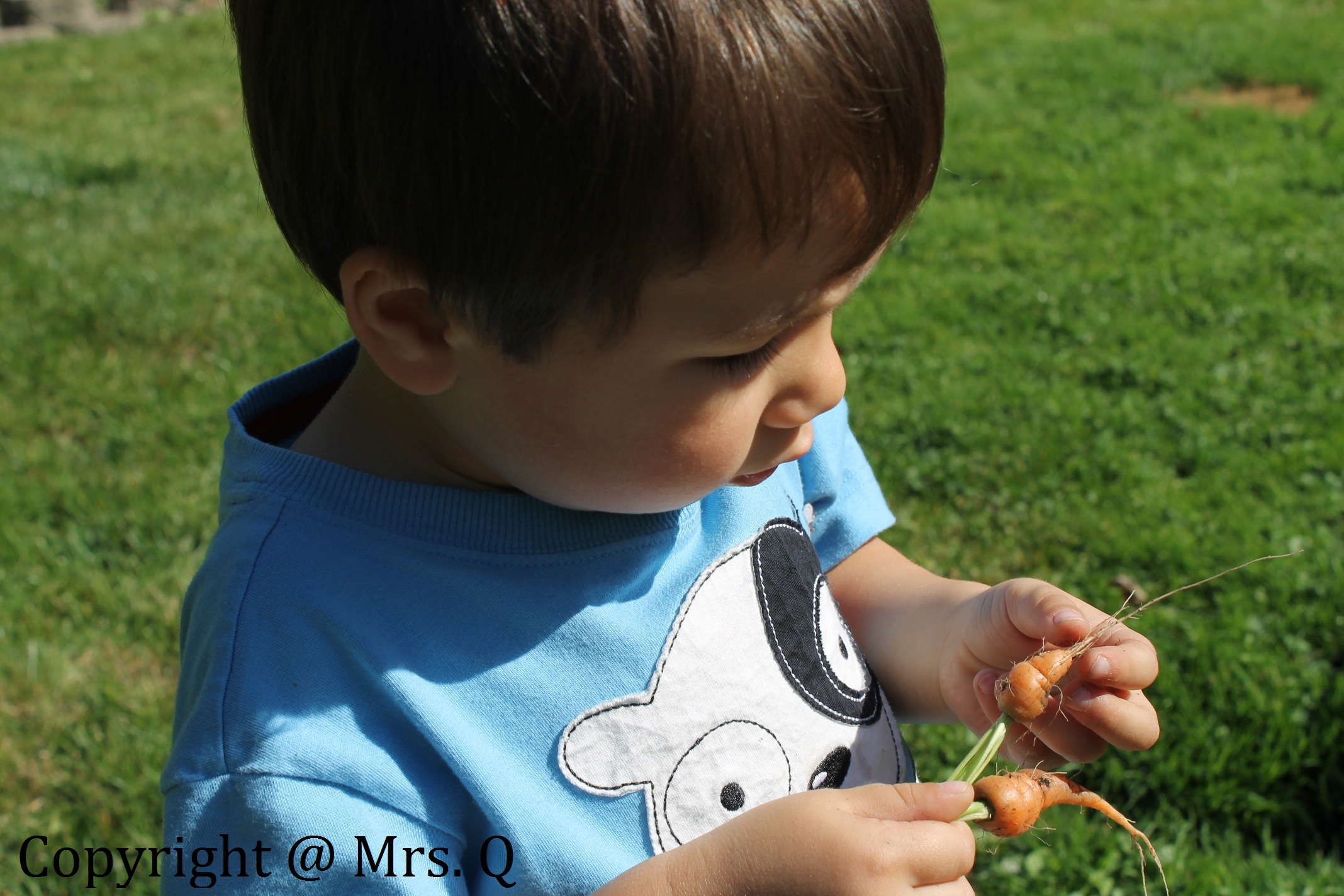 I never told you that I ended up planting a small, amateurish garden in July. May is when people normally plant in this area, after the last frost. But in mid-July I went ahead and planted pumpkins (far too late — they really needed the whole summer), sunflowers (looking great), carrots (small), and radishes (got a couple). I did it for my son. I wanted him to plant something and then see it grow. 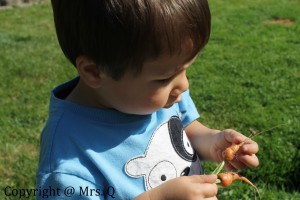 Frankly, I was pretty stunned when I saw stuff sprouting from seeds I planted. And I’m pretty sure my son thought it was magic. We plucked a couple carrots out of the ground last weekend. My son was beside himself with joy. I’m going to write a little blog post about our teeny garden in the future. What did I learn? Not to be intimidated by basic vegetable gardening. It’s easy and it took virtually no time. 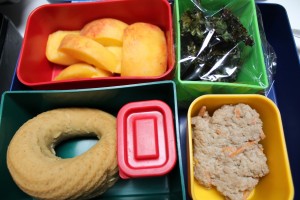 I’m embarrassed to say that I forgot to pick up an October menu so I have no idea what was served all week. Every day I meant to ask for one when I picked my son up, but I got distracted. My favorite part of the day is getting him from child care so when I see his face, all I want to do is hug him. 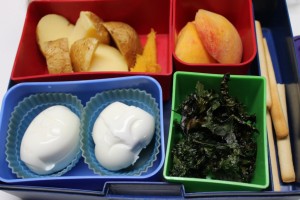 I roasted squash. I love that stuff — it’s like crack to me. But at dinner my son exclaimed it was “Yucky, yuck, yucky. Eww gross!” But he hadn’t tried any! I put some on his plate anyway. He complained, but I left it there and just raved about my squash (because I do love it).  Five to ten minutes went by and all of sudden the squash was gone. He tried it! He ended up eating another bite. So when I put it in his lunch, I just put a small amount. 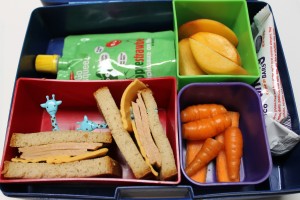 This is a lunch packed when I had very little time. He didn’t eat the bar. But he loved having two carrots stuck together! He loves it when two things stick together! 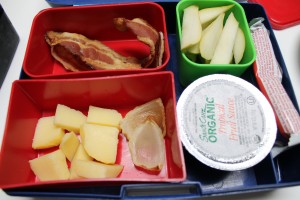 Sort of a bland lunch. 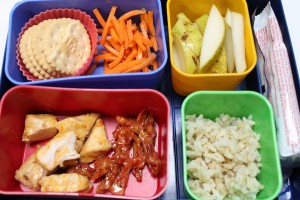 Charlie told me that he only ate a couple sundried tomatoes, but let me tell you — they were really good. He finally ate the bar — he must have been extra hungry that day. 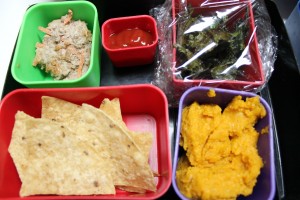 Kale chips look terrible, but taste amazing! Oh yeah, I used Andy Bellatti’s recipe for pumpkin hummus as a guide. It was really good (I used too much pumpkin, but it was still great). 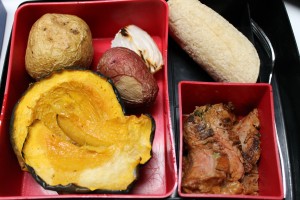 The meat was leftover from a mexican restaurant. Amazing — wish I could do that at home. I love roasted veggies so I threw them in too. Random pairing, I know. 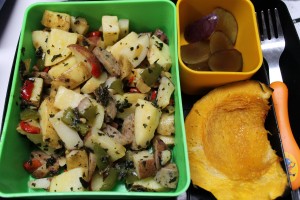 I had a lot of potatoes and so I decided to make a hash. While I boiled chopped potatoes, I sauteed garlic (farmer’s market) and onions in some olive oil. Then I added a red pimento (farmer’s market), green pepper (farmer’s market), and two Italian chicken sausages, chopped. When the potatoes were done, I drained them and plopped them in the pan with everything else. And I drizzled more olive oil liberally over everything. Then I took some leftover kale chips and crushed them and sprinkled them over everything (instead of parsley). The dish was really, really great. My son didn’t eat more than a couple bites though. Boo. Why is the plum sliced? Because when I was packing my son’s lunch I asked him to try a plum and tell me what he thought. He said, “Cold. Sour.” So I decided to put them in my lunch instead. 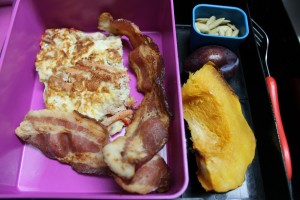 I’m a fan of acorn squash. A big fan. 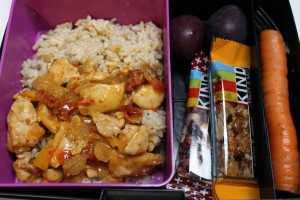 Those are leftovers. I chopped chicken and marinated it in “sweet red chili” sauce. I sauteed garlic and onion in a olive oil and then added a chopped up yellow pepper (don’t remember where it came from). Then I added the chicken and then the sundried tomatoes (which came in a jar form Trader Joe’s). I thought it was a terrific lunch. Oddly, it was better the next day that it had been the night I served it.