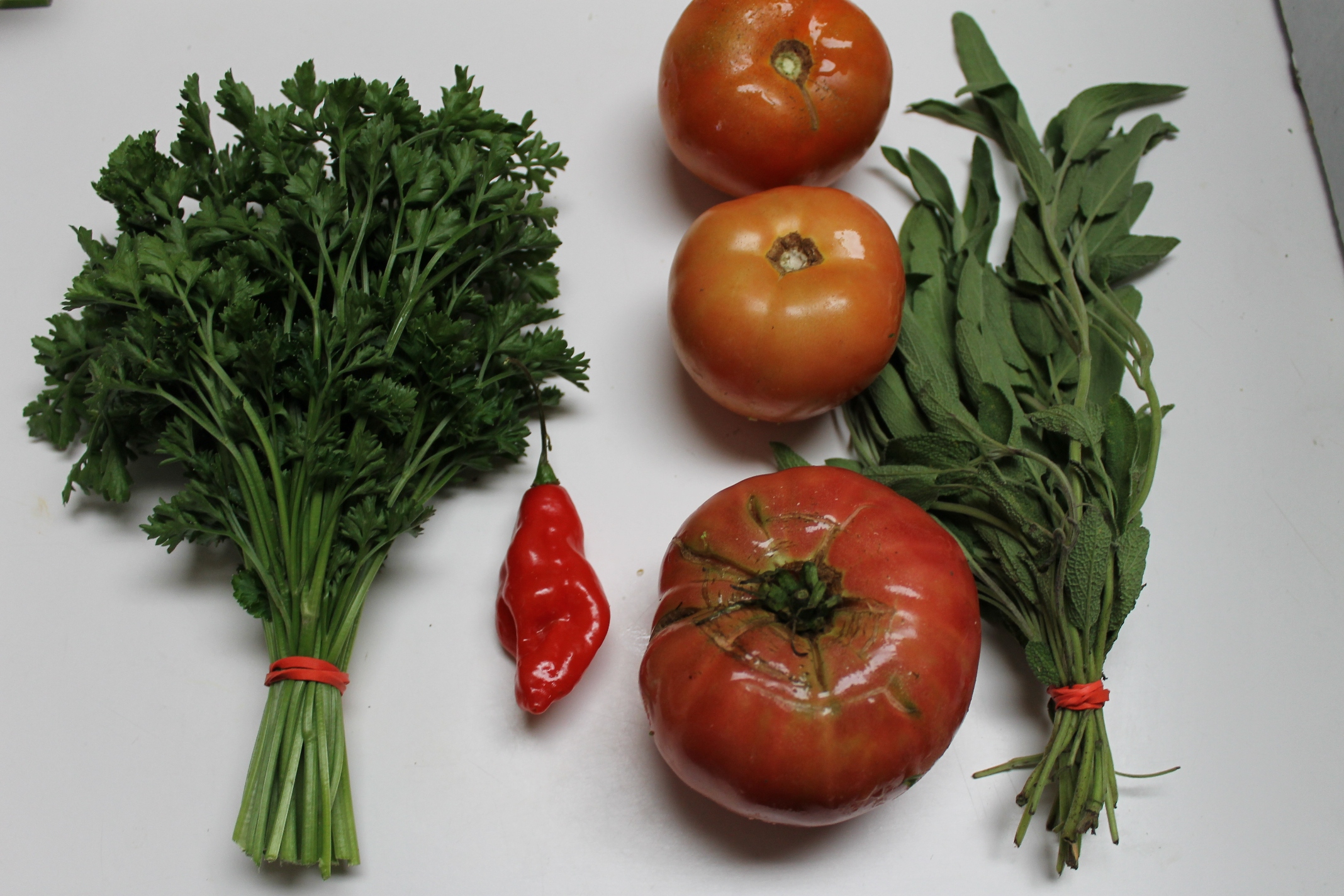 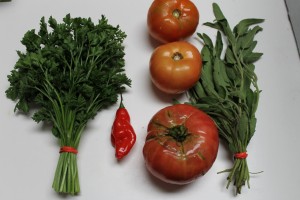 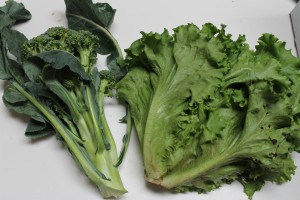 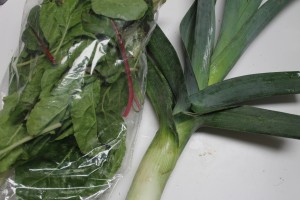 Shard and a leek! 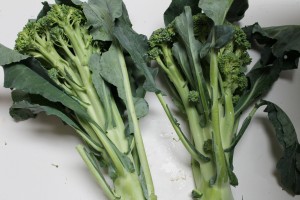 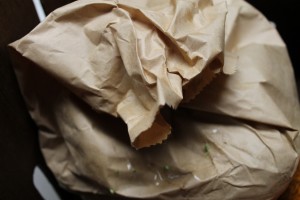 Guess what was in the bag? 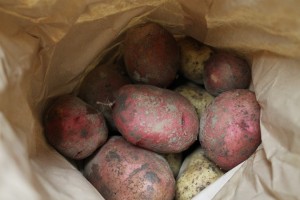 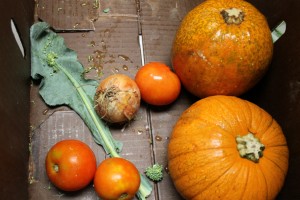 Wow, pumpkins! It feels too early for them. Looking around online I think these are pie pumpkins? Help me out if you know. We put them in the garage to chill for a bit. Now what?

I went ahead and roasted the tomatoes to make my own sauce. I loosely followed Alton Brown’s tomato sauce recipe. 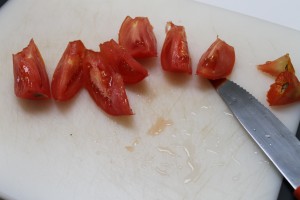 I chopped them with a cheap steak knife. Sue me. 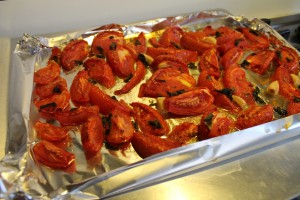 I sprinkled garlic and basil over them. This is what they looked like after they baked for 2 hours. 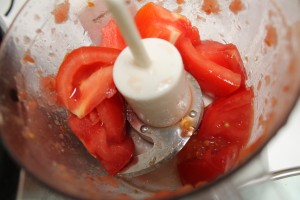 I didn’t roast all the tomatoes because I wasn’t sure they were going to turn out ok. So I used the mini-Cuisinart to blend fresh tomatoes with slow-cooked ones and chopped onions. And I think I added some more olive oil. 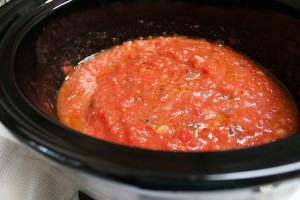 Then I put them in a slow cooker and cooked them for a few hours. The photo doesn’t do it justice. It was really good sauce. I only know that because my husband told me. I’m not sharing a recipe because I would like to do something more than once before I say you should try something. Since the school year has started up, I don’t know when I’m going to have a chance to do this again. It was worth it though!

Next up? Potato leek soup!