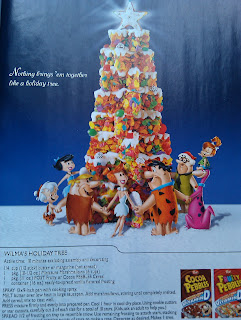 From Working Mother Nov/Dec 2010
﻿I hope you are having a terrific holiday with your family and loved ones. I’m excited to have all my favorite people in one room. This happens only once a year, if we’re lucky, and my son is so happy being the center of it all.
What special foods are you eating this holiday? What if anything do you leave for Santa? As children, my sister and I left decorated sugar cookies for Santa and a carrot for his reindeer. Oh how I loved seeing what Santa ate the next morning! He always left some crumbs. This year we’re doing stockings, but we didn’t leave a cookie out for Santa.
We’re having a traditional meal for our family: turkey, mashed potatoes, sweet potatoes, green bean casserole, and I’m also going to make a broccoli salad (with bacon and raisins). Happy holidays!

19 thoughts on “Open thread: Santa snacks and other holiday food”