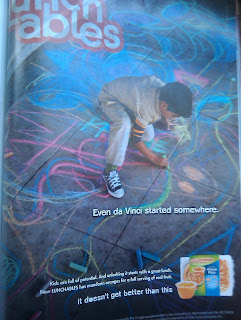 Lunchables ad, Working Mother August/September 2010
“Even da Vinci started somewhere,” and
“It doesn’t get better than this.”

I laughed when I saw this ad. Then I shrugged and frowned. Now I’m sort of annoyed. Do you agree that this ad is strange and bizarre? Da Vinci and Lunchables? I have a feeling that Da Vinci ate a Mediterranean diet that wasn’t wrapped in plastic…. unbelievable! Are they making the absurd argument that by eating lunchables your child will turn into Da Vinci? And then “it doesn’t get better than this.” Oh really? An army of nutritionists would beg to differ.

What is telling about the ad is that the product does not take up much ad space. In fact you can barely see the lunchables. The advertisers are trying to suggest that adding a mandarin orange fruit cup makes a big difference in the healthiness of the product. I’m still not buying it.

We have talked about Lunchables before (in April). Some of the comments on that previous post blew my mind. Do parents really buy into this kind of advertising?

I went shopping and scoped out the lunchables. Here’s what I found: 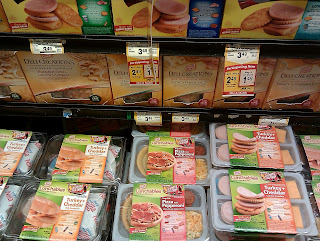 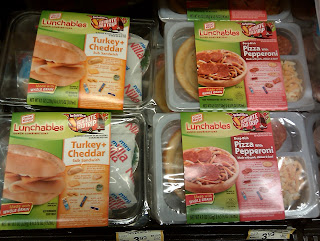 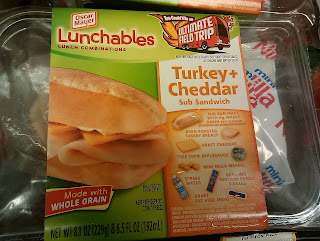 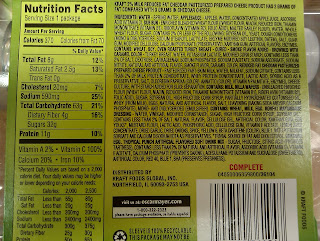 Look at that paragraph of ingredients and it’s 370 calories with 590 mg of sodium, 63g carbs 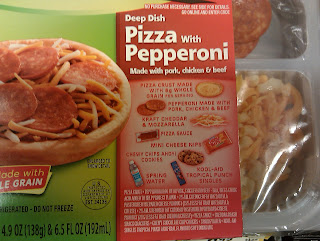 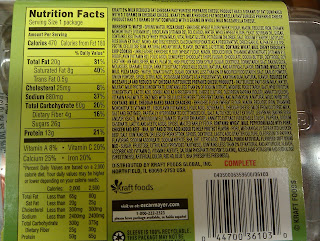 I didn’t find the ones advertised in the ad that contain “mandarin oranges.” But I didn’t look that hard. There is so much packaging and no vegetables. Do you want your kids to eat these?