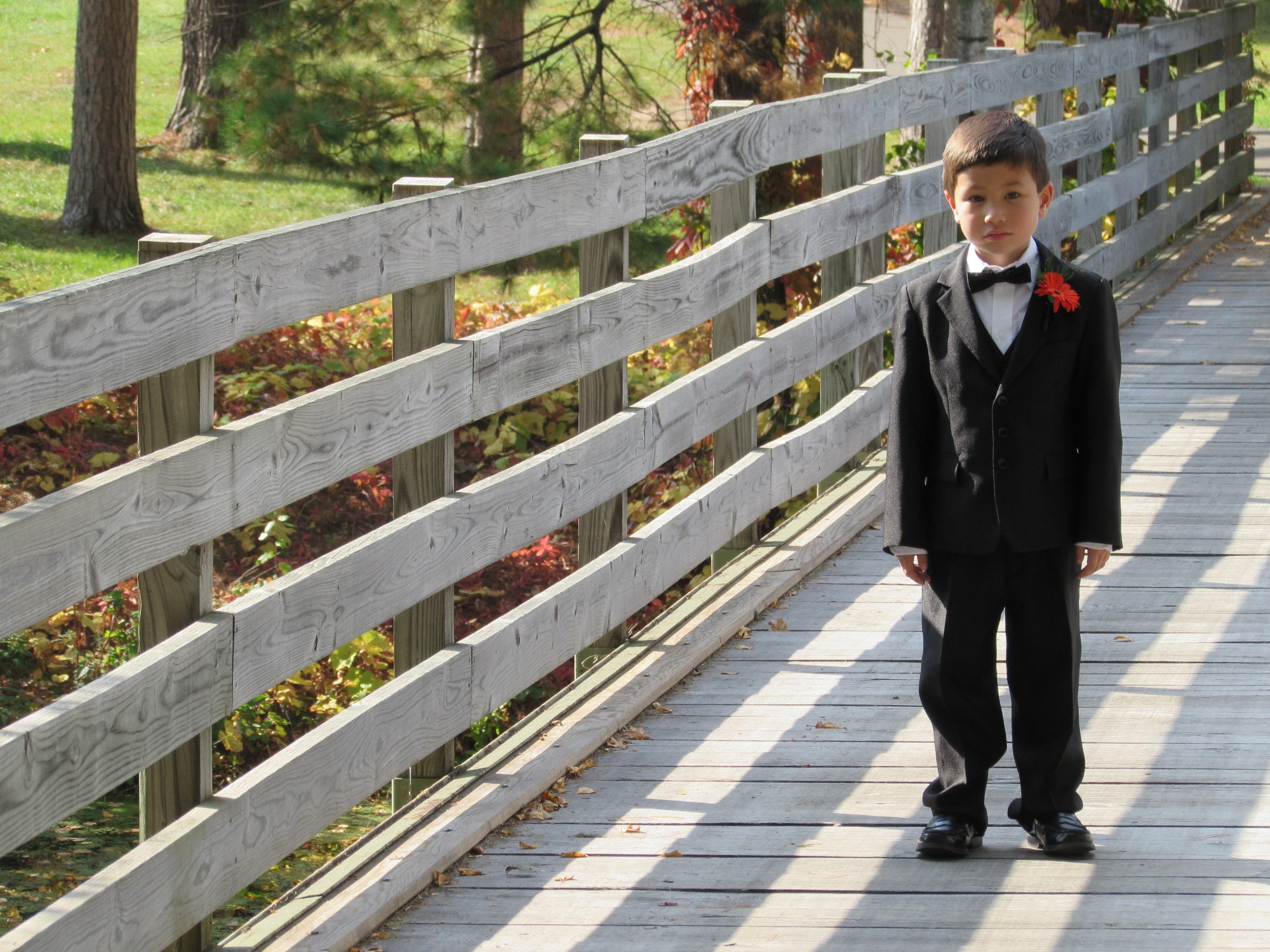 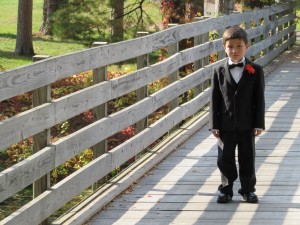 Charlie as the ring bearer in my sister’s wedding. He took this job very seriously!

Charlie started kindergarten this fall. He loves it, for the most part, and it’s been an education for me. In theory, none of this should be new information. This is my ninth year as a school-based speech pathologist. I know how things work (sometimes I think I know too much).

Even though Charlie is only in kindergarten, he has a long day. He participates in morning and after-school care and, because his kindergarten is half-day, he also attends a half-day enrichment program. He gets bussed around, which gives me anxiety, but I gather he enjoys it.

He is dropped off at school early because I work at an early school in another district. Earlier this fall, he mentioned that he wanted to have breakfast like the other kids. He told me that while he is in care, he sees kids file in and get breakfast. I inquired at the school, wrote out a check for $20, and we got an account and a pin number set up for him.

My husband and I carefully went over the menu with him. My husband, who is not gluten free like I am, eats unprocessed food most of the time. For example, he will only buy the Polish or Russian bread at the store because it has about five ingredients (wheat flour, yeast, salt). Because of Charlie’s health history, he has been gluten free for four years now. But we started experimenting with a little wheat and I feel like he is unaffected ingesting small amounts (as in once a week). I really do believe that he will need to be at minimum “low gluten” for the rest of his life.

So he started buying his own breakfast. He eats at home and then he eats at school. Yep, two breakfasts. He usually eats toast or yogurt at home. Then at school he eats string cheese, yogurt, or juice. Eventually he told me that he ended up just buying whatever he wants. He told me that sometimes he eats pancakes, waffles, or cereal. Before I freaked out, I talked to my husband and he said he doubted he eats the whole meal, probably just bites. When he said that, it reminded me that Charlie told us that he doesn’t have a lot of time to eat in the morning. Where have I heard that before?

Overall, I’m happy that he’s feeling empowered by this experience. I’m learning to be okay with him eating more wheat and more processed food than I really want him to. Although I am anxious about how fast this is phase is starting, I think I’m keeping it from him. I know I need to let him figure out this new food environment and that he will eventually learn what his body needs. Soon the balance in his lunch account will be used up. I think I’m going to wait until he asks for it to be refilled.

One thought on “My baby is eating breakfast at school!”