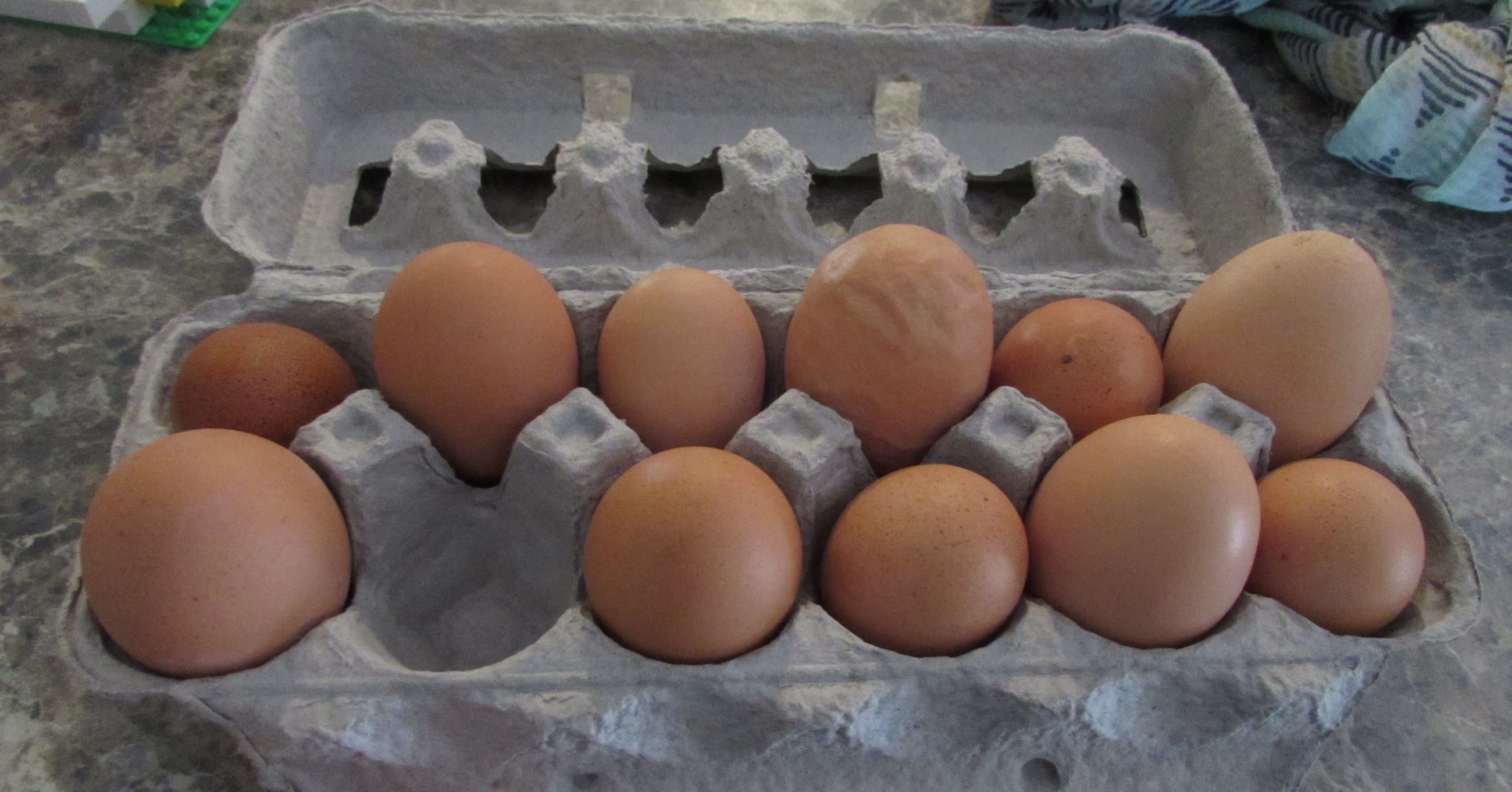 To me it feels like life hasn’t changed a lot, but it really has… 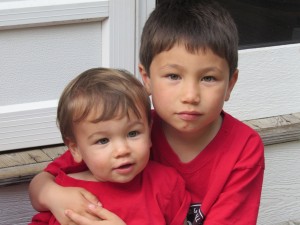 Coming from Wisconsin and living in Illinois, we virtually never go around the other side of Lake Michigan and visit Michigan. But this summer we spent a week in Saugatuck with my husband’s family and it was a dream to be together in one house right by the beach.

3) My mom is dating a chicken farmer

I’ve learned a lot about raising chickens and we’ve visited his farm twice now. If we can somehow figure out how to build a coop next year, then we might be able to buy a couple from him and have our own. The eggs below are cast off that he gave to us for free. The big ones were all double yolks. And check out that bumpy one! Did that one hurt coming out? If chickens could talk… 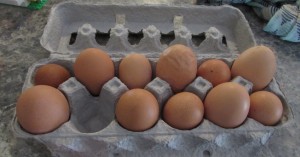 Since leaving Chicago public schools in 2012, I’ve been in three different school districts. I’ve started my third district this fall and I think I’ve found where I fit. I feel a little like Goldilocks.

5) It’s my ninth year as a bilingual speech path

I can’t believe that I’ve been at this for almost a decade.

6) I’m not getting enough sleep.

I have trouble forcing myself to go to sleep when I know I should so I stay up. It’s a bad habit.

I can’t believe how much two kids cost. Sometimes I wish I could have three, but we can’t afford it.

8) I picked blueberries for the first time this summer

When we were in Michigan, we went blueberry picking. They were the best blueberries I’ve ever eaten. 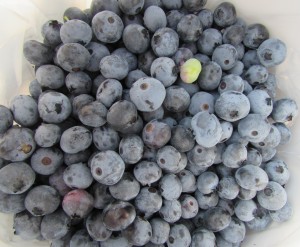 I haven’t been to a meeting yet because the first meeting conflicted with an event at the school where I work. However, the PTO is big and well-organized at my son’s school. I pretty much get a flyer or two and an email or two every couple days. What was surprising for me has been all of the events they plan for the kids, but so far I haven’t seen very much advocacy. That’s just my first impression…more to come.

I just kept eating after I stopped breastfeeding my baby in January 2014 and before I knew it, my pants were super tight. It’s very depressing, but I’ve finally started dieting this fall and I’m getting some breathing room in my clothes again. My diet consists of not snacking, not eating after dinner, and eating a simple, non-microwaved lunch (sandwich, fruit, and pretzels or crackers).

I’m still gluten free and I’ve been that way ever since I stopped eating school lunch. While I absolutely cannot handle gluten in any form, we experimented with Charlie and it appears that he can handle the occasional small about of wheat. What happened was he wanted to have some of the traditional Chinese bao. So we let him and he turned out ok. I believe he should probably always be gluten free for his health, but I’m feeling some relief that cross-contamination doesn’t play a role for him.

Daniel, who is now 22 months old, started at a daycare that is run by Russian-Americans. The food is brought in daily by a Russian caterer. One Russian custom is to serve soup at every lunch. Because of that, Daniel is very comfortable with soup and loves it when I make it at home (!). I’ve been really pleased with the food, from beet salad to borscht to real thick turkey slices, he loves the food and I’m so pleased. He does not eat gluten free at daycare, just at home.

I joined an itty-bitty gym, just for working out. I finally can devote time to getting physically fit. I’m going there after the kids go down.

Anything else you are wondering about?

4 thoughts on “My mom is dating a chicken farmer and 12 other things: An update”