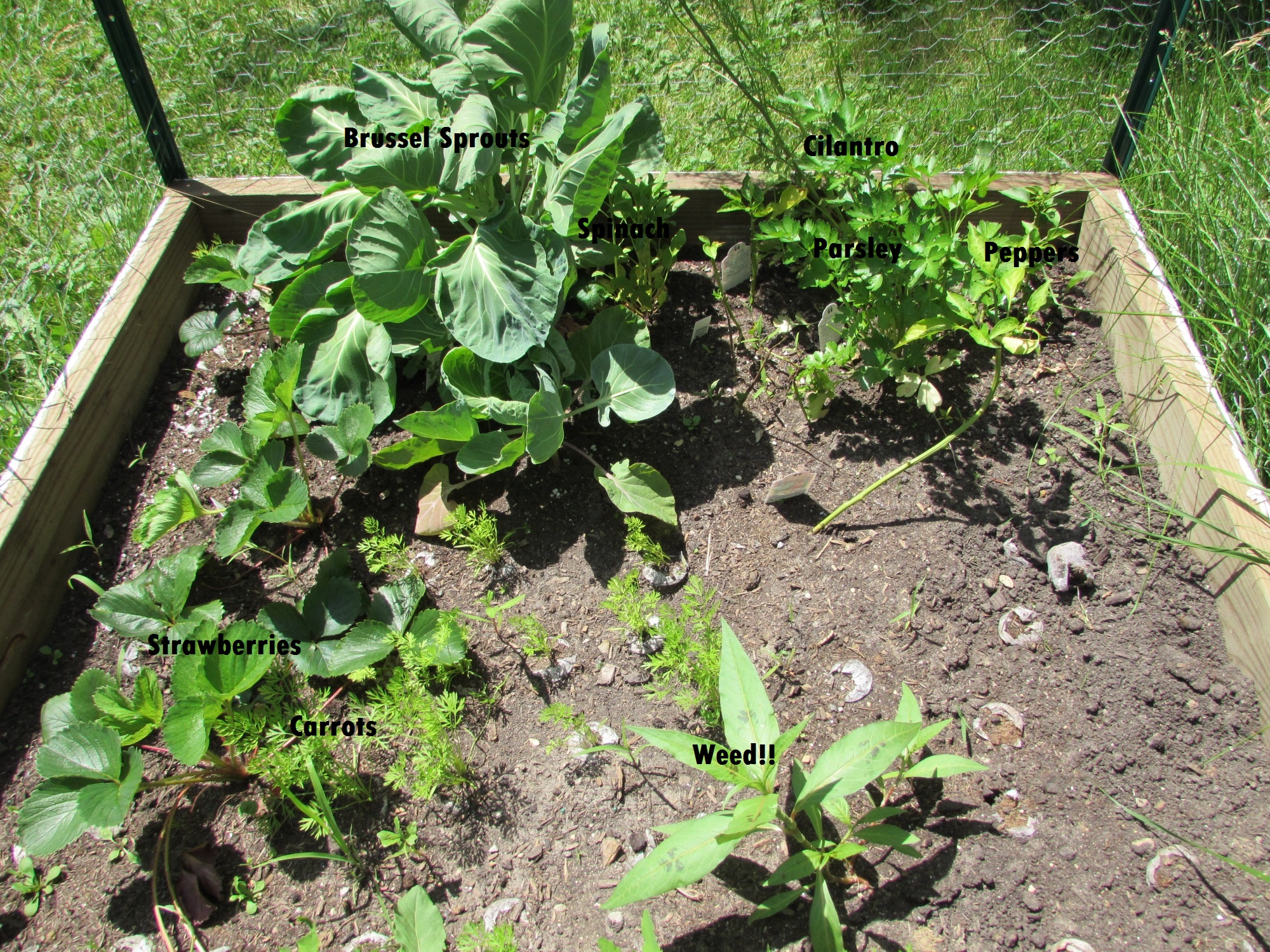 I’ve spent most of my life trying not to make mistakes. Now that I’m in my thirty-sixth year, I realize that maybe that wasn’t the best approach. Being afraid to fail is no way to live life.

I’ve been intimidated by the idea of planting a garden. I decided to just go ahead and plant anything. I’m calling it my family’s “Test Plot.” 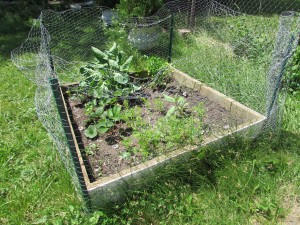 I let my son choose the plants and seeds. We built our test plot in April and we actually started planting then too. In our area that’s a huge gamble. Here’s a breakdown of the cost of a test plot:

*only required if you have a rabbit problem, which we do!

The costs are not out of reach when you consider that once you set it up, you have the box itself for a long time. Also I should note that in general you should be careful with reclaimed wood because it might leech into your food.

So in April we went to Menards and bought whichever plants and seed packets my son wanted. If I was being a perfectionist, I would not have let him have such a big role. But this is our test plot so it doesn’t matter if it goes wrong.

He chose strawberries, brussel sprouts (he likes roasted brussel sprouts) , and cilantro. I picked out spinach, parsley, peppers, and tomatoes. We planted everything in April.

Are you laughing yet? I knew that our hard frost date is May 17. It was a huge risk. Luckily it did not drop below freezing from mid-April on. But it got awfully close. Ready to know what died first? The tomatoes were stone dead within two or three days. Then the peppers started to fade. As did the spinach.

But my son’s choices held steady. The brussel sprouts and the strawberries thrived. The spinach and the peppers hung in there.

Then we grew broccoli and carrots from seed in the little seed starters. I don’t even know if that was the right way to do it. Well, the broccoli immediately died. But the carrots are doing great. 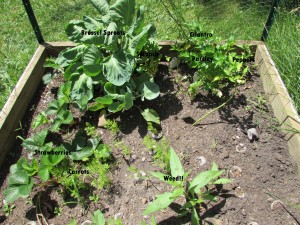 I tried to label everything in the picture above. You can see that it’s sort of chaotic, but you know what? It’s okay. I’m just testing things out and next year we’ll construct a larger raised bed and plant our success stories. After the season is over I plan to experiment with other different plants next year in our test plot.

The most important thing is that we did SOMETHING, ANYTHING with dirt and trying to grow stuff. My son brought a little neighbor girl over to look in our test plot garden. He was so proud. Yep, my work is already done.

4 thoughts on “Plant Your Own Fail Garden: Meet My Rabbit-Proof Test Plot”