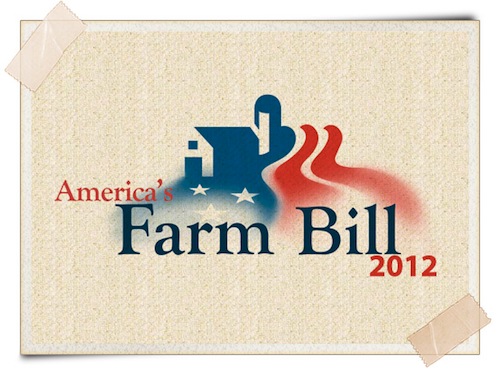 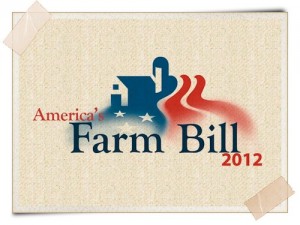 I’ve been following the happenings with the 2012 Farm Bill reauthorization, but I haven’t paid enough attention to make sense of it all. Just like so many things in politics, there is so much noise that it’s tough to know who to believe. Somehow I was subscribed to industry-wide emails related to fresh produce (as in fruit and veggies) as well as the soy lobby. Those are different perspectives, too.

One person I do trust is Marion Nestle and I read her blog: Food Politics. She recently blogged about the farm bill (Some comments on the progress of the farm bill) and the statistics she listed off gave me pause. Here’s what the proposed bill would fund:

Dr. Nestle goes on to state, “The farm bill currently costs taxpayers $85 billion a year, with $72 billion of that going for SNAP (food stamp) benefits.” Jaw-dropping numbers. I knew that the Farm Bill included SNAP funding, but I had no idea that it was that large. It’s upsetting that so many people need food assistance to survive.

What I would like to see in the Farm Bill is not handouts to corporations, but help for real farmers. When I read some of the statistics about farmers in this country (e.g. The average age of a farmer in the US is 57), I think that we need to be giving money directly to farmers — not to the higher ups at mega farming corporations. We also need more people to chose farming as a career.

What are your thoughts?