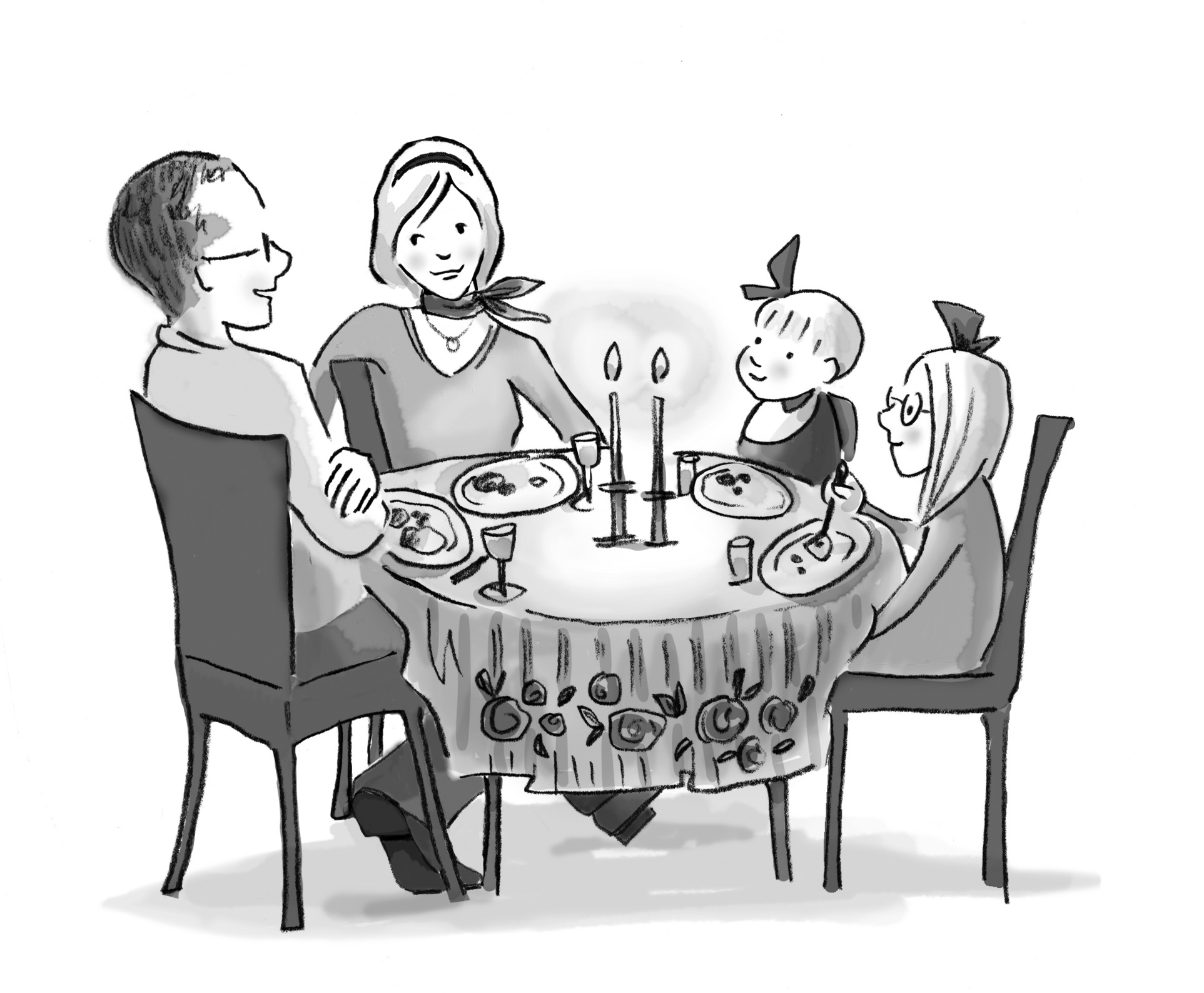 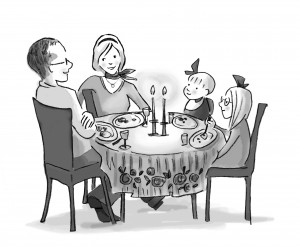 To start with, I never intended to write a book about children’s food!

The idea for French Kids Eat Everything emerged from our experience of living in France for a year (in 2009). In 2008, soon after the birth of our second daughter, my husband and I decided to move back to his hometown in France—a small seaside village in northern Brittany. We were wondering whether we would actually want to move to France permanently, so decided to try it for a year. I had no idea what awaited us (apart from romantic clichés about fresh baguette and sidewalk cafes); although I’d visited France regularly, I had never actually lived there.

The experience of living in France challenged my deepest beliefs about parenting and food. Our older daughter went to kindergarten at the local school, which was her first experience with formal schooling. Our younger daughter (a toddler at the time) went to the village preschool. During the year, I was struck by the dramatically different way that French children eat. My children were typical North Americans: fussy (with a limited choice of foods they would agree to eat) and picky (often rejecting even some of the things that they usually ate). In contrast, their friends, relatives, and schoolmates seemed to eat anything and everything—cheerfully! I was intrigued.

As the year progressed, I learned more about how both teachers and parents educate children about food. Fascinated, I began reading the scientific literature, and learned about cross-cultural research in psychology, sociology, and anthropology. This research gave me a deeper understanding of the differences I was observing. But most importantly, I learned from the families all around us. From them, I learned a set of simple rules and strategies they use to teach children how to eat well. ‘Eating well’, for the French, doesn’t only mean having good table manners. It also means that children eat a wide variety of food, are comfortable eating new foods, are sensitive to their body’s own signals (for example, knowing the difference between being satiated and being full), have age-appropriate self-control around food, and develop an innate sense of balance with respect to quantities and types of food that they eat.

Inspired, I decided to apply these rules to my own family. French Kids Eat Everything tells the story of our personal experiment with French food education. There were many hiccups and false starts, but (ultimately) a happy ending: rethinking how we eat has also brought us closer together as a family.

It didn’t stop there, though. We moved back to Vancouver after our year in France was over, and I was stunned at the contrast in school food (and by the marketing pressures brought to bear on families, and by the way in which the broader food system influences how we eat–issues that I now became more aware of). I was inspired to start a blog (which includes my French Kids School Lunch Project, where I blog weekly about the amazing school lunches that French kids eat every day), and to reach out to other people working on children’s food issues. To my surprise and delight, I was named one of the Jamie Oliver Foundation’s Real Food Advocates for my work. I’m so inspired by the many people working for better food for our children, and energized by being part of a movement that is gaining momentum and making positive change

Karen Le Billon was born in Montreal (Canada), and has divided her time between Vancouver and France for the past two decades. A Rhodes Scholar, Karen holds a PhD from Oxford University, and is the recipient of numerous awards, including a Canada Research Chair and Canada’s Top 40 Under 40 award. Fluently bilingual, she has studied and taught at universities in both France and North America. She is currently a Professor at the University of British Columbia.

Karen blogs on France, food, and parenting at FrenchKidsEatEverything.com, where she runs the ‘French Kids School Lunch Project’, a Tour de France of school lunches in France aimed at inspiring school lunch reform in North America. As a result of her work, she has been selected as one of the Jamie Oliver US Foundation’s Real Food Advocates.