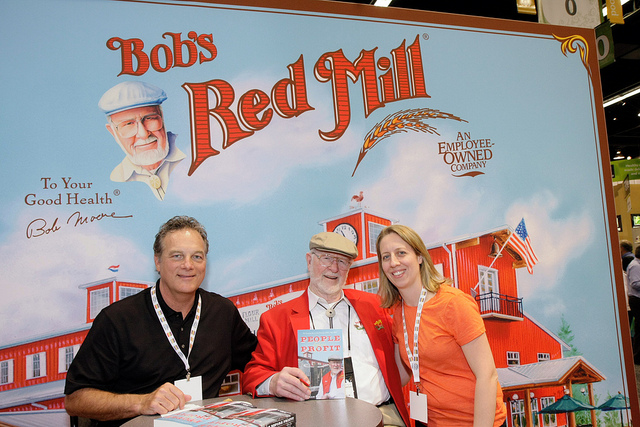 I went to Expo West in early March in Los Angeles. A natural products convention might be a weird place for a school food reformer to be, but you might be surprised to learn who was there. I went with my buddy Andrew Wilder from the blog Eating Rules. If you peruse Andrew’s blog, you’ll find out that he and I share similar opinions about not only school food, but also reforming our country’s food system in general.

While I was at Expo West, I bumped into Mud Baron. He’s the school gardening guru of LA county and also semi-famous on Twitter. Actually, originally I met him on Twitter, which he uses quite expertly to get seed and plant donations for LA schools. Recently he’s been holding “#plugmobs” across LA — a gardener’s version of a flashmob. Educators and students show up and get seedlings to plant in school gardens. How can you not love Mud?

Lastly, I walked right by Representative Dennis Kucinich of Ohio. Go ahead and read up on him — he’s an amazing human being. I saw him walking in the crowd and in an instant decided to turn around and  introduce myself to him, because I thought I might not have that chance again. He recently lost his bid to return to Congress and I just wanted to thank him for his service to our country. Andrew was with me and nudged, “You’ve got a copy of your book, why don’t you give him it?” Um, duh. 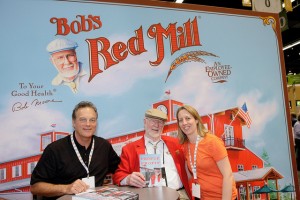 I was pretty geeked to meet Bob. I love his products and I felt lucky to meet him in person and even get a copy of his book. I texted my mom about it and she wrote back, “At first, I’m thinking ‘Who’s Bob?’ Then I realized I’ve got some of his flaxseeds in my fridge (and probably stuck in my teeth).”

“People Before Profit” details the history of Bob’s Red Mill, Bob’s philosophy about whole grains, the values of the company and how they developed, and other interesting information about his employees. Most movingly he discusses how in 2010 on February 15th (his birthday), Bob gave his company to his employees. Bob’s Red Mill is entirely employee-owned! I find that to be a refreshing approach to business. It was such an honor to meet Bob!