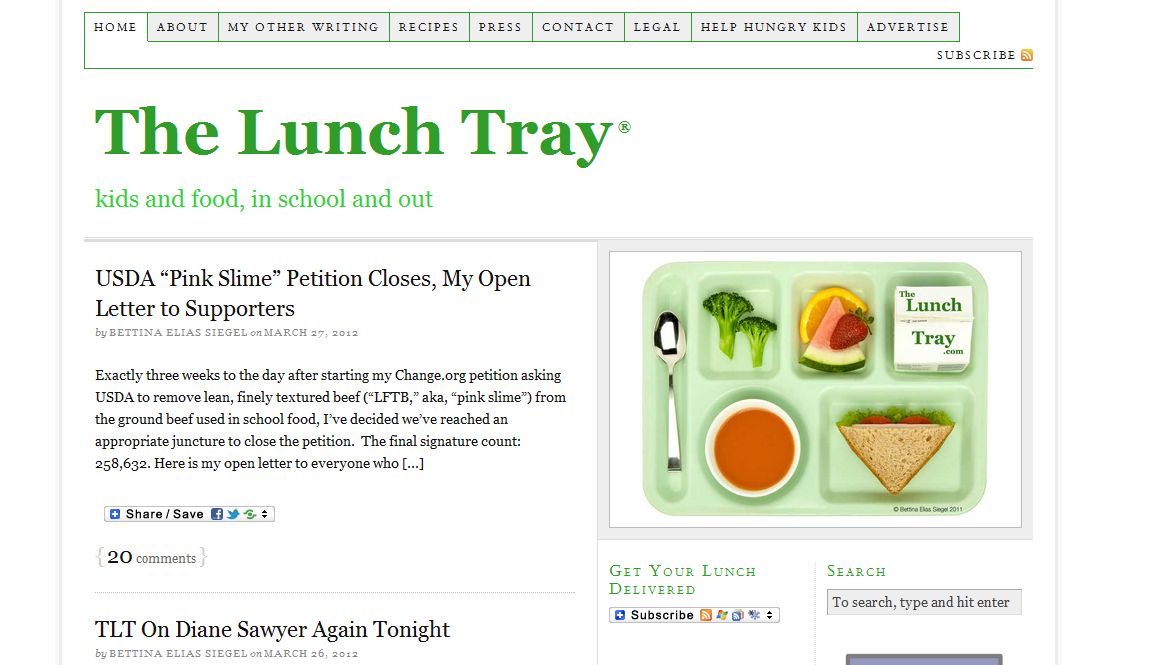 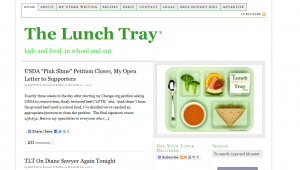 If you’ve been following the pink slime story, you know that it has gotten huge. I find it interesting because important people like Michael Pollan and Jamie Oliver have been talking about it for several years, but it didn’t gather any momentum until Bettina Elias Siegel from The Lunch Tray started a petition on Change.org earlier this month. I believe that it is the result of Bettina’s petition (and the resulting media firestorm about this issue) that catapulted “finely textured beef” into public dialogue. And it’s gone way beyond being just online. Discussions about pink slime are happening in my community. At the doctor’s office I overheard people talking about “pink slime” and at the grocery store some customers asked the butchers about the beef. It’s everywhere.

And then: Manufacturer of ‘pink slime’ beef ingredient suspending operations at 3 of 4 plants

It’s all fun and games until people start losing their jobs. The above article stated about 650 employees are at risk. I empathize with the workers who may or may not permanently lose their jobs because those factories are closing. That’s truly heartbreaking.

It’s important to clarify that Bettina from The Lunch Tray was not demanding that Beef Products International (BPI) immediately close up shop. She just wanted finely textured beef (aka “pink slime”) off of school lunch menus. What happened was that other people realized that the filler was in more than just the hamburgers in some school lunch cafeterias, but it was in ground beef at local grocery stores, too.

What I think is so fascinating is that once consumers started finding out more about industrial food production, in this case beef processing, they were outraged and demanded change. After everything I’ve learned in the past two years about food (and believe me it has been an education), I think ‘pink slime’ is only the tip of the iceberg in terms of industrial food processing. If we only knew…

It’s yet another reminder of how powerful the internet is. I remember way back when my blog went viral. I learned that you can never know what can happen when you put something online. I’m so proud of Bettina’s bravery with her petition and her courage and grace in handling the media coverage. I think she spoke up in a positive way that did not target any particular company in a malicious way. What it turned into was a very successful raising awareness campaign.

I think that Beef Products International (BPI) will need to retool their business model. Instead of fighting the tsunami of public sentiment that is not in favor of their product, they need to accept what has happened and move on. Hey, I’m not saying it’s not easy, but I think it’s time for reinvention. Is there a market for this product in pet food? My dog Fenway would eat it, though he would prefer it unprocessed — he likes to chew on big old bones (I gave him an elk ‘knuckle’ this past weekend). Or BPI should diversify and move in a new direction away from “beef products.” Now is the time for change.

Districts Moving Against ‘Pink Slime‘ (Coverage of some districts’ actions)

12 thoughts on “Pink slime: Get a load of this”