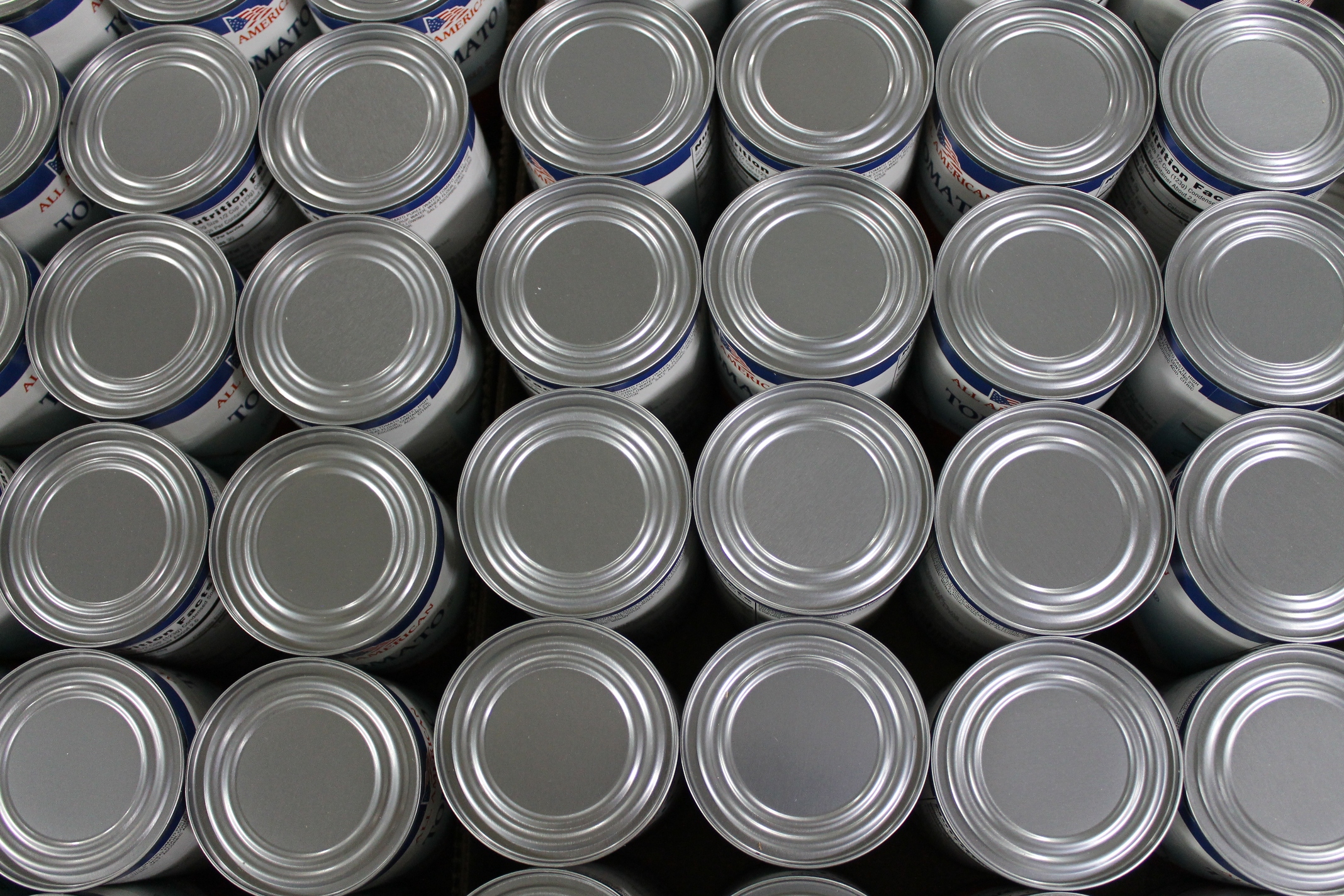 A couple weeks ago I was able to volunteer at the Greater Chicago Food Depository with Feeding America. You can sign up as a group or an individual for a three hour Wednesday night volunteering session and it was perfect for me. 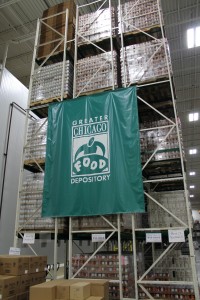 Some basic things to know: 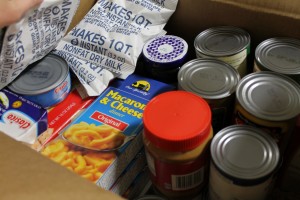 Here’s an example of a box of food (above) that will feed a small family in crisis for 3-4 days. 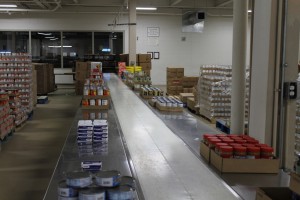 Two volunteers are assigned to each station along the assembly line to pack boxes.  So there would be two “peanut butter” people. One person puts the item in the box – let’s call that person the “packer” — and the other person unwraps the pallets of products and puts them out for easy grabbing – let’s call that person the “feeder.” I was the “feeder” for the tomato soup station, which I thought was much easier work than the man who put cans in the box. The conveyor belt moves quickly – you have to on your toes.

The volunteer mix on the Wednesday I was there included organized groups from various companies, individuals, and a devoted group of retirees who come every single week. 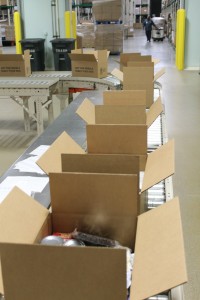 When the boxes are packed, they move farther along the line to be labeled, stacked, and then wrapped up in a large square pallet ready for pick up by member agencies. 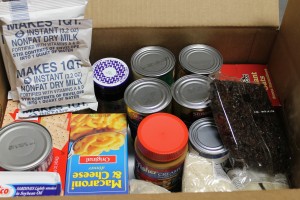 Here’s the finished box just before it’s labeled and sealed. This box will go to someone who is hungry to take it home. Large food banks guarantee that certain staple foods are available for member food pantries. Every food bank has a different list of guaranteed items. The Greater Chicago Food Depository has a list of eighteen items that it will provide to its affiliates. The detailed list is coming up, but you can see that these foods include peanut butter, jelly, tomato soup, rice, powdered milk, tuna, sardines, mac and cheese, and saltine crackers. 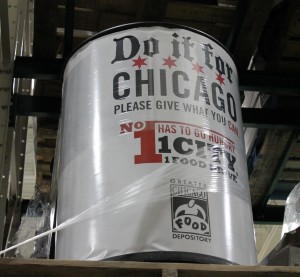 What happens when you donate the odd can of soup from your kitchen cabinet to a food drive? I’ve often wondered what food banks do with the odd box of panko bread crumbs. Or what if a food company has half a truck of a product that’s going out of code in a month – too soon for a retailer to take, but perfectly edible? And all those products that get dented and slightly crumpled at the grocery store and don’t get put on the shelf? All of those products do not appear on the food bank’s list of staple foods, but they take them and distribute them to member agencies, like food pantries and soup kitchens. Your donations first are sorted in the salvage room (below) by some of the few paid employees of the GCFD (they rely on volunteers). 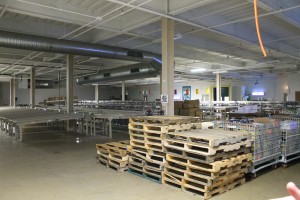 The warehouse is massive and filled with food and other products that are ready for people in need (below). 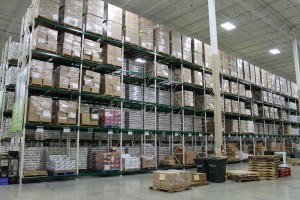 The GCFD also operates the “Produce Mobile” (above), which drives to communities in need and gives fresh food to people who are hungry. (I was told that the trucks they use for this program were beer trucks in a former life!) 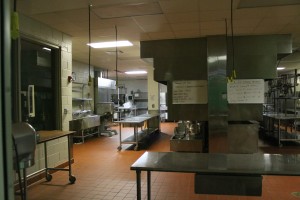 Aside from feeding hungry people, the other equally important mission of the GCFD is to break the cycle of hunger by giving people skills that help them not only feed their own families, but give them the ability to find a job. It’s called “Chicago Community Kitchens.” Every year GCFD graduates 120 people with the culinary training to find work as cooks in restaurants and cafeterias throughout the city. It’s just as important to give hungry people food as it is to help people move into the ranks of the food secure.

In addition to Chicago Community Kitchens, GCFD also provide meals through the Kids Cafe program, produce to older adults through the Older Adults program and SNAP outreach to help individuals and families apply for the “food stamp” program. 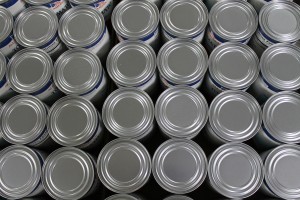 The night I volunteered, the volunteer group packed more than 32,000 lbs of food to be given to families in crisis.

7 thoughts on “Volunteering with Feeding America: A Little Time Goes a Long Way”