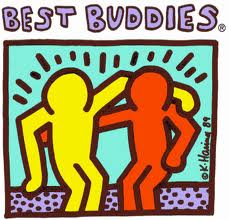 I’m a fan of the “mini-series”– covering a topic over a series of blog posts for a short period of time. Every Monday in the month of February I’ll blog about a topic related to #education (at least tangentially).

When people ask me about my memories of eating school lunch, I reply that I rarely remember a meal, but instead I just remember holding a tray and facing a room full of people I didn’t know, worrying I would be eating by myself. I moved across the country multiple times during my childhood, including twice in middle school. That meant that lunchtime was pretty much hellish for me for weeks on end. I love my parents dearly, but sometimes I wish they would have bought me a few really cool outfits before I started at a new school. Clothes are such a big deal to kids in middle and high school. Being revisionist, I assume that cool clothes would have bolstered my confidence and helped me blend in. But considering my shy personality, I think the coolest jeans wouldn’t have changed things. I was anxious and unsure on top of being new so I was a target. In fact, in high school I vowed never to become a mother because I didn’t want my children to go through what I did.

Bullying happens in the cafeteria. Sometimes it’s the classic definition of “bullying” — one kid or a group of kids ganging up on another child. Most adults recognize this immediately and take the appropriate action. But what about exclusion and ignoring a classmate? At least in my experience, that hurt just as badly as outright verbal attacks. But teachers and adults don’t always know what to do when something is not super overt. Do you force other students to accept a classmate or does that make things worse for a student?

I was reminded of this when I read a blog post by Rob Rummel-Hudson, a dad. His daughter, Schuyler, has a severe speech problem, which is a result of…take a breath, it’s a long one…bilateral perisylvian polymicrogyria. I read his book, Schuyler’s Monster, with interest as I’m a speech-language pathologist. Anyway, recently Schuyler told him that she was eating lunch alone. I was devastated by that (so was he). Thankfully, he posted an update after he had lunch with her (at her enthusiastic request): Not alone, though not entirely not alone.

In his blog post he mentioned an organization called Best Buddies, which is a “global volunteer movement that creates opportunities for one-to-one friendships, integrated employment and leadership development for people with intellectual and developmental disabilities.” They focus on critical years: middle school, high school, and college. I had never heard about Best Buddies before, but I love what they do already.