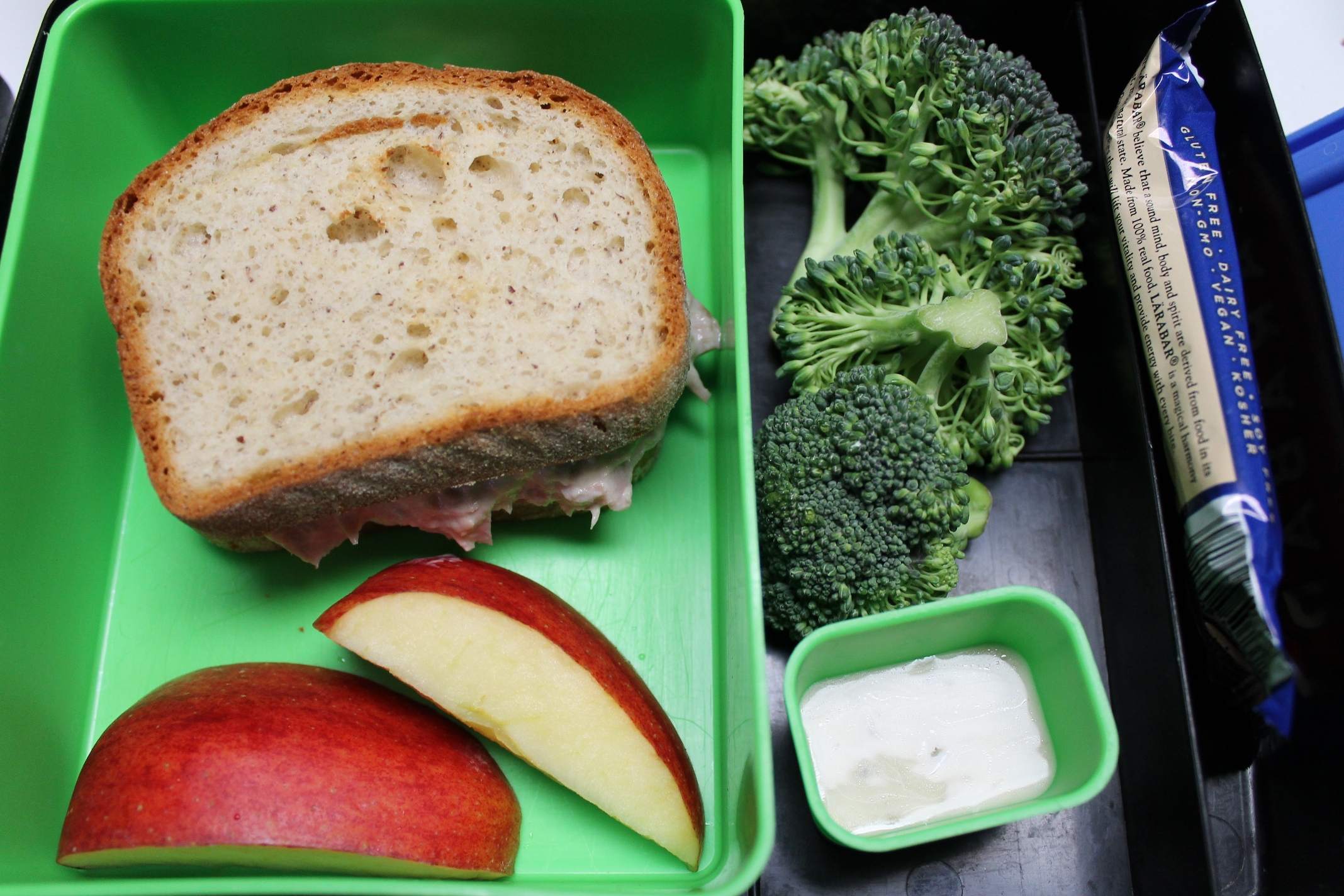 Charlie missed a day this past week due to illness and I took the day off to be home with him. Actually my husband even took the day off, too. So the three of us were home, which is the ideal way to take care of a sick child. No one parent was stressed and everyone got a nap!

I’m going to blog about my packed lunches in a new way next year. Stay tuned. But in the meantime… 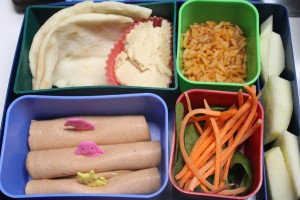 This lunch was a hit. But I don’t think he ate too much spinach. Child care menu: Chicken Alfredo, elbow pasta, mixed veggies, pineapple chunks. 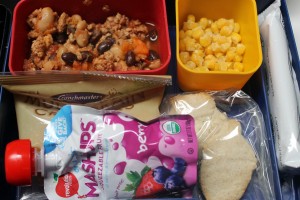 Chili in the crockpot is divine. My son helped me make the cookies and we just had a blast. Child care menu: Cheesy chicken, parsley potatoes, broccoli, pear, wheat roll 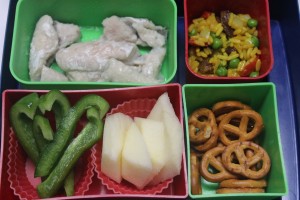 The catfish was a hit at home the night before, but my son told me, “don’t put catfish in my lunch.” I can only imagine what happened at school. Child care menu: BBQ turkey, rice, mixed veggies, banana, rye bread. 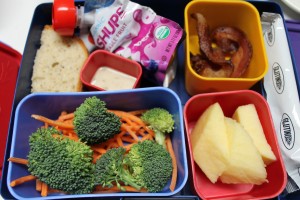 Charlie fought me on the raw veggies when he saw me putting them in his lunch, but later he told me he ate them and none came home with him. So I guess I gotta believe it. Child care menu: BBQ meatballs, au gratin potatoes, peas, tropical fruit, rye bread. 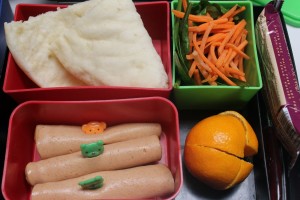 Here’s a tip: when packing for multiple people, pack a similar lunch to save time. 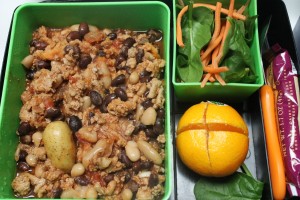 I want to make chili once a week during the winter months. It’s easy, cheap, and filling. 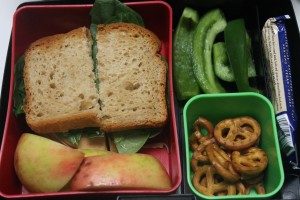 This sandwich was terrible. I couldn’t finish it. When I was a kid, I loved bologna sandwiches. Guess those days are over. 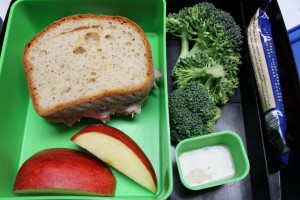 The tuna sandwich was infinitely better than the bologna one.