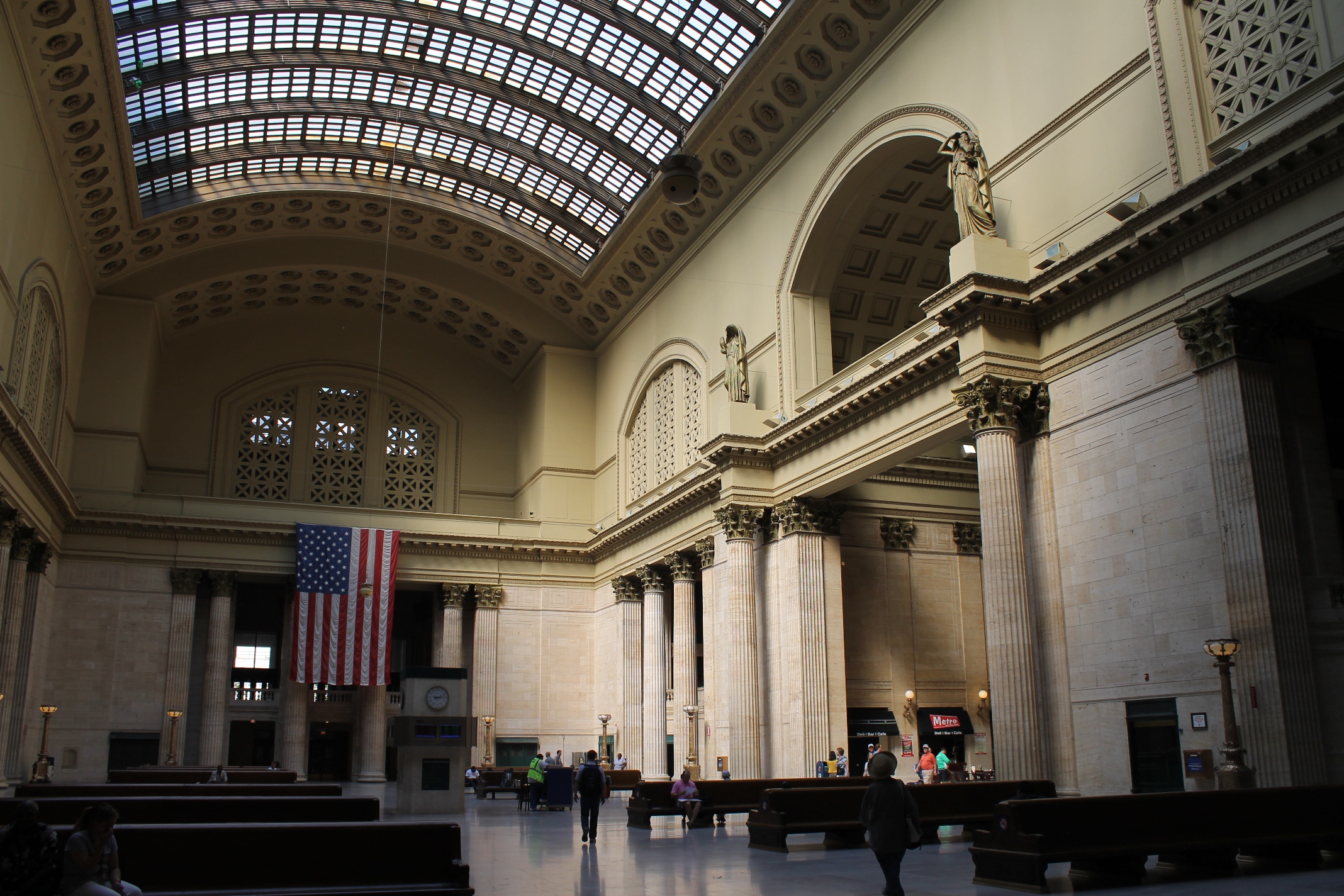 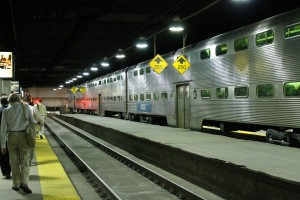 When my parents moved crossed country four times, we went by train both ways. I fell in love with the vastness of the western United States looking out of the window of an Amtrak. A few years ago I found a little pink book with cover art by Mary Cassatt. When I opened the little book, I found scribbles detailing things I saw during my cross-country travels. Mostly I noted where little broken-down homesteads were. Presumably in case I ever needed to return to occupy one of these long-forgotten, neglected places. I wanted to remember their stark beauty and resilience on the prairie as I tried to hold on while my own scenery was changing. 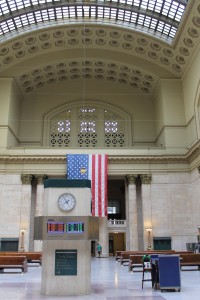 I like it when a place has an echo.

Earlier this autumn I took the train into Union Station. I just loved the majesty of the massive space. 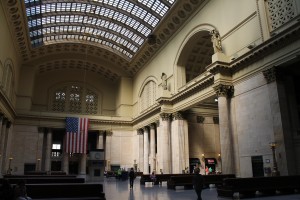 Later in the day. Notice the light fills the space differently.

Part of me would love to sit there all day and watch people going by. I thought there would be more busy commuters, but there really weren’t that many people at 8 am. 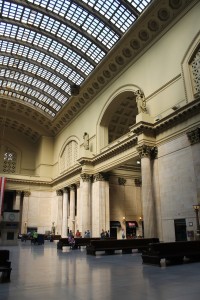 I felt inspired and oddly happy after that short trip.

2 thoughts on “My kind of town: Chicago’s Union Station”