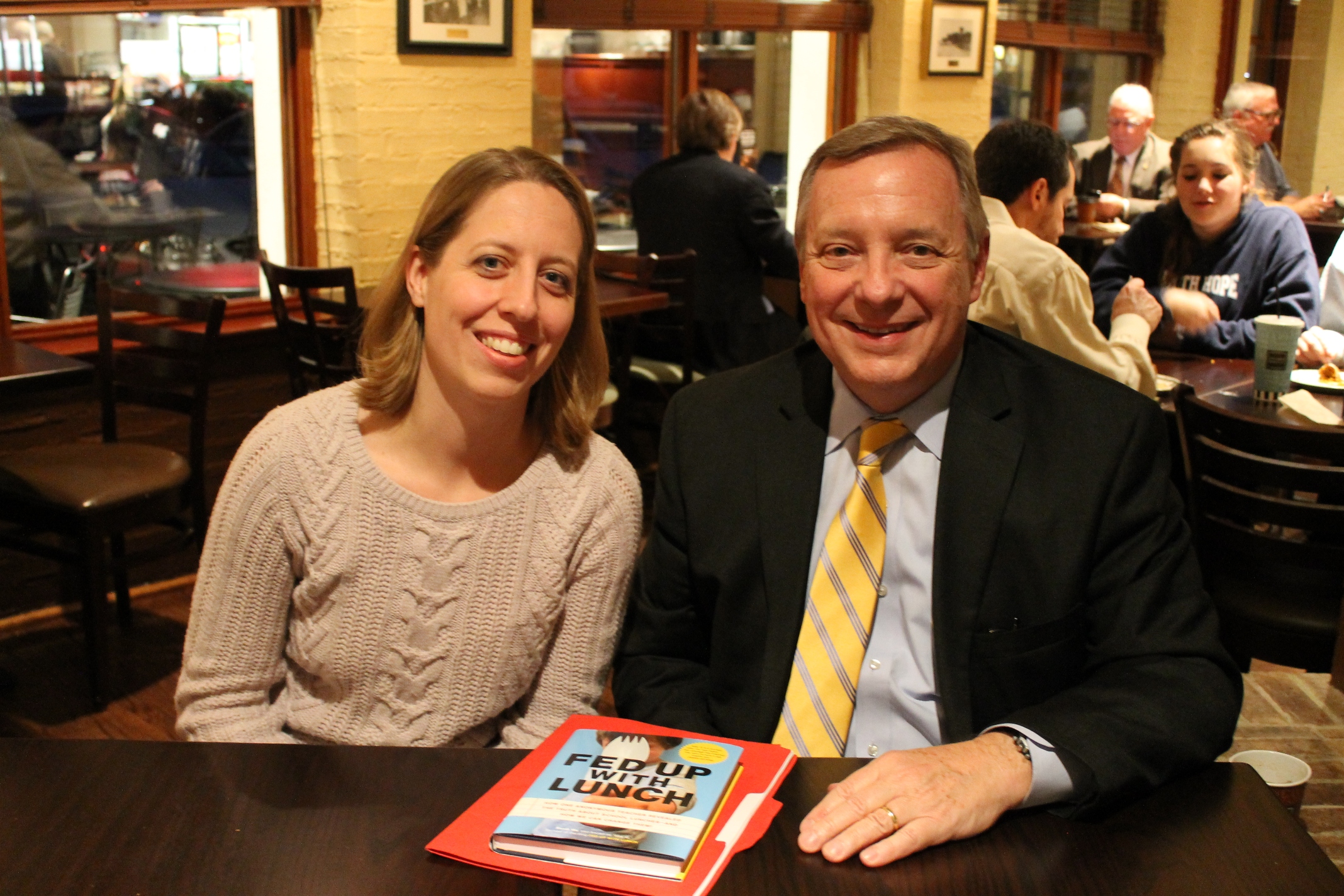 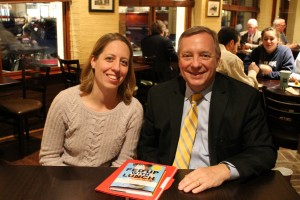 I apologize for missing some blog posts some days and writing short blurbs others. I hope you don’t mind. I’ve been busy.

A couple weeks ago I received an email that someone wanted to meet me. I worked with one of his assistants to find a time and location that worked. And that’s how I ended up having coffee with Senator Dick Durbin.

I admit it: I was a little starstruck. Going on TV is fun and all, but meeting a senator? To me that’s more important. We chatted about school lunch and how it needs to be reformed. He mentioned that when he tours schools, he asks to see the cafeteria. Senator Durbin has a passion for school lunch reform –who knew?

It’s the food that needs attention but also the time allotted for eating as well as when children eat. Before meeting the senator, I chatted at length with his assistant, who happens to have two children who go to schools within Chicago Public School system. If I remember correctly, both of her children eat lunch sometime around 10:30 am. Her eldest has stopped eating lunch because no one is hungry that early. Last year at my school I noticed that many six graders didn’t eat much from their school lunches, but I was naive to hope that wasn’t widespread. Sigh.

Full disclosure: I’ve voted for Senator Durbin so I might be a fan. I asked if it would be okay if I could get a picture with him and he said it would be no problem. I also gave him a book and signed it to him. What a month this has been!

(Note: I made sure it was okay to post the photo on the blog)

12 thoughts on “Guess who I had coffee with last week…”