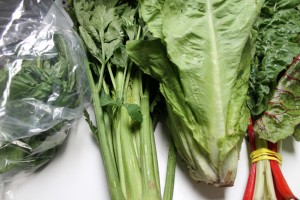 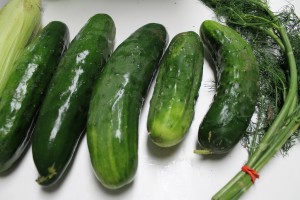 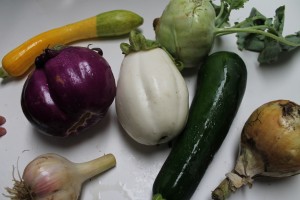 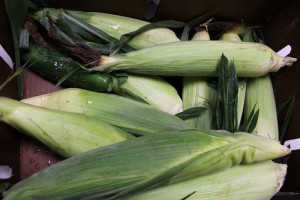 Ten ears of corn and one more (hidden) cucumber!

Here’s what came in the box:

It really does take us two weeks to get through everything. Here’s what I did with the patty pan squash: 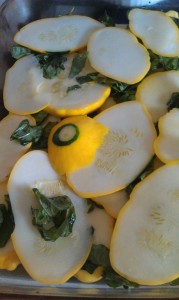 I’ll spare you both a link to the recipe and the final product. I am not a fan. I like spaghetti and acorn squash, but not patty pan, sadly. Hey, at least I tried.

Big win? The cabbage I turned into the most delectable slaw. I’ll share the recipe later (I must go to sleep now).