I met Michelle Stern at BlogHer Food last October and we hit it off. I especially enjoyed chatting school lunch reform. She was on the White House lawn to be part of the launch of Chefs Move to Schools. Michelle worked to get salad bars in her districts’ schools, she volunteers in the cafeteria, and has blogged about her experiences on her blog What’s Cooking With Kids. She’s a mom, a chef, and owns her own certified green cooking school for kids. And I thought I was busy!
Michelle asked me to review her new cookbook: The Whole Family Cookbook and I happily volunteered. My son is little, but he is majorly enthusiastic about kitchen activities. It started when he wanted to just watch what I was doing on the stove and now he wants to stir, pour, and taste.
When I was trying to decide which recipe to make for my family. The cookbook is designed by used with your kids and each recipe includes step-by-step instructions on where to include kids of various ages. I have to be honest and say that this time I really didn’t include my son in preparing this recipe. He has helped me make cupcakes before, but this time he briefly investigated what I was doing and then ran off to play with my husband on the couch. What can you do? 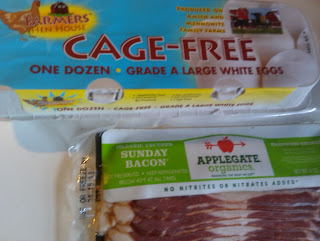 It starts with our favorite foods 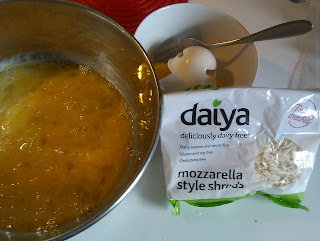 I used daiya in place of cheese 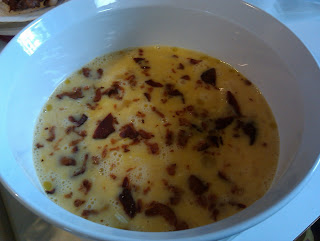 Crumbled up the cooked bacon 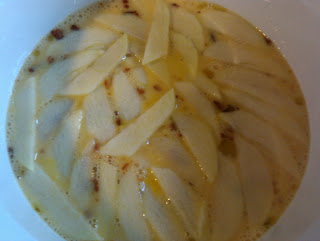 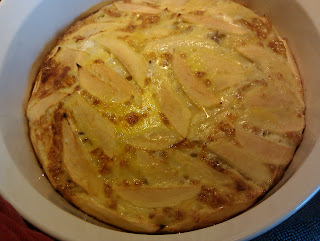 After I baked it — looks cool, doesn’t it? 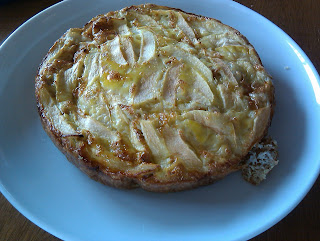 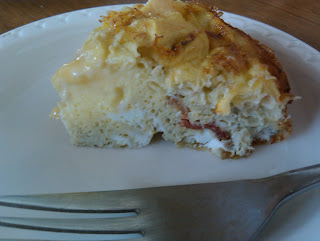 A piece for my son 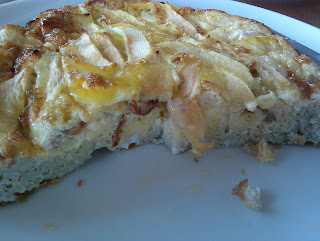 10 eggs
1 cup Cheddar cheese, grated (I used shredded daiya, a dairy-free “cheese”)
Salt and pepper, to taste
3 slices bacon, cooked and crumbled
2 apples, Fuji or Gala (I used only one apple, but use two)
1 tablespoon butter (I used olive oil)

Prehead over to 450 degrees. Crack 8 eggs into a bowl. Separate two remaining eggs and add whites to the bowl. Beat eggs. Add half of the cheese and the salt and pepper to the egg mixture. Cook bacon then let it cool. Peel and core an apple. Slice thin. Melt butter in skillet. Add egg mixture, crumble bacon over egg mixture. Add apple slices in a circular pattern. Add the rest of the cheese on top. Bake 20 minutes. Remove from pan.

(I modified the recipe. First, daiya is great, but not when it’s over-used. I used less and only baked it in. I didn’t want any on top. Second, I used only one apple because I was feeling lazy. Use two apples. Third,  I don’t have an oven-proof skillet so I used a casserole dish. Lastly, I skipped the butter and went with olive oil due to our dairy issues.)

It was a huge hit with my husband and my son. But we did have enough left over to send some in our lunches! 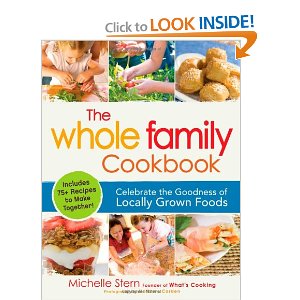 I have an extra copy of The Whole Family Cookbook. If you would like to win the copy, comment below about your escapades in the kitchen with little ones!