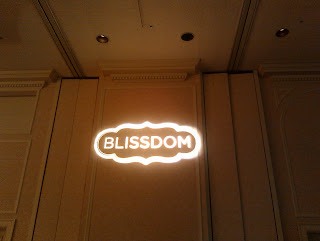 Why do people go to conferences of any sort? I’ve come up with three main reasons:

All three were covered while I was at Blissdom, which was almost two weeks ago…I’ve been developing this post for a little while.

But anyone considering attending a conference about blogging, needs to know: you might have to be bold (Note to self: go for it school lunch girl!)
I attended this conference having met only two attendees (out of 750 people) in person. I was alone a lot. But I was never lonely. 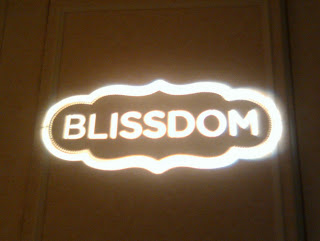 I made it a point to constantly mingle. Looking back I realize that although I hung out with the two people I knew randomly throughout the conference, I never ate one meal with them. (Note to self: seriously?)
I talked to lots of people, not just bloggers. At lunch on the first day of the conference, I was meandering through the crowded room with my plate trying to decide where to plop down and eat. It was so a school lunch cafeteria moment! I saw an open spot at a table with some semi-famous bloggers. I avoided it since I wasn’t feeling quite that bold.
I looked around and found a spot at a table right in front of me. Two women to my right introduced themselves and said that they were PR people in kitchen design. Initially I thought to myself that they probably would have no interest in hearing about school lunch and my blog (Note to self: the universe lives to prove you wrong). They were both interested in my project, especially one of them who is in her mid-twenties, cooks and subscribes to her own CSA. We had an amazing conversation (Note to self: don’t assume anything). 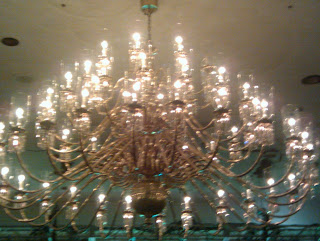 Yes, this is what all conferences should do for people
I was inspired by all of the conversations I had with people I met as well as the content of the conference. Brene Brown spoke, which blew my mind (I blogged it). I bought two of her books (one for my mom, one for me) and she was kind enough to sign mine to “Mrs. Q” (Note to self: Do that for the rest of your life. Ok, it’s decided.)
I met and talked at length to Chookooloonks. We could go out to coffee twice a week and not run out of things to discuss. The first thing I told her when I met her was “you have a beautiful voice.” She’s a magical person. And I bought her book too.
And Scott from UnMarketing. WHOA. There are no words for what he taught all of us in attendance. That guy knows social media. Does he know Twitter? Holy cannoli, does he ever! And I bought his book too. (Note to self: good thing you stayed at a cheap hotel!) 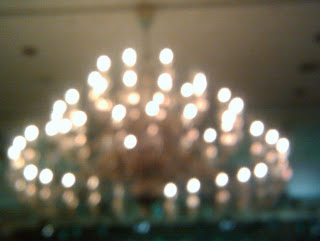 Telling people that I went to a blogging conference makes people wonder about me. But I guess they were already concerned when I ate school lunch for a year. I am learning not to worry and just to do (Note to self: don’t stop taking risks, ok?)

11 thoughts on “Note to self: Blissdom conference recap”