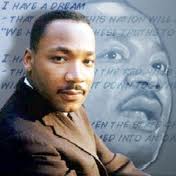 I’m reflecting on Martin Luther King Jr’s life. He passed away at the age of 39. Hearing that hits me hard. He seemed so much older. Most of us aren’t even close to being that wise by the age of 39. In fact, I hope to accumulate just some wisdom by the end of my life. Many people get uptight about growing old, getting ugly. Truth is, it’s a privilege to age. If I make it, I’ll be a feisty old lady.

Dr. King talked about justice. I love that word, it sounds metallic and strong in my mouth, but yet it’s still pretty. He was focused on social justice. What would he have thought about food justice? Is there such a thing? (that’s rhetoric, I know there is)

Some think that food reform is the next big movement for our country. I like that thought. In March of last year, I started thinking about marching on Washington. I’ve had conversations with Ed Bruske (Better DC School Food and The Slow Cook) and when he gets riled up, he wants to get out into the streets. It’s easy for him to march on Washington DC — he lives there!

Will I march in Washington one day? It’s on my bucket list. I’m concerned about the food we are eating in our country. Whether it’s the 29 million pounds of antibiotics US livestock ingest yearly (by some estimates that figure is 70% of all antibiotics administer to people and animals) or the genetically modified fish possibly being sold without a label or genetically modified alfalfa possibly getting approved by the USDA or that one out of every three toys given to American children is from a fast food company, making McDonald’s the biggest toy company in the world, (Chew On This, Eric Schlosser) and food deserts and on and on…

Sometimes, people call me a complainer and even say they feel bad for my husband! Other times I’m called an elitist and a bitch, or worse. You can believe what you want to. I’m voicing opinions on my blog. If you want to read a vanilla blog, you can find many (I know, I read and enjoy lots of different types of blogs).

In the comments last week I wrote: My little blog and my opinion are whispers in a hurricane, but at least I’m not quiet. Until I get the chance to walk that lawn with my son’s hand in mine, listening to amazing people speak about American food and our rights as eaters, I’ll march here, on my blog. 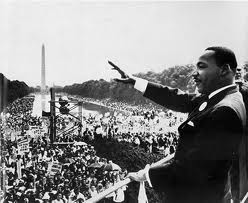