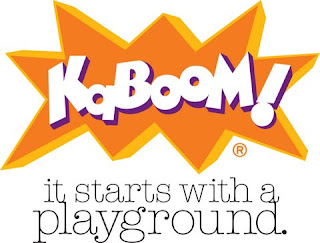 In a recent article, “Fixing a World That Fosters Fat,” The New York Times tells us, “It’s the environment stupid.” And they have a point. While so much of the fight against childhood obesity is geared toward changing individual behavior – eat better, exercise more – these efforts are futile in an environment that makes following such advice difficult, if not impossible.
Since the average student spends 1,170 hours per year in school, it seems obvious that our schools should be fostering healthy eating habits and giving kids ample time to run around and play. But as Mrs. Q knows better than anyone, many school lunches are packed with sugar, carbohydrates, and empty calories—and astoundingly devoid of those things we’re always told are “good for us,” like fresh fruits and vegetables.
By the same token, as pressures to increase test scores only intensify, kids are being forced to sit for longer and longer periods of time. Despite overwhelming evidence that more physical activity actually increases children’s focus inside the classroom and can lead to higher test scores, P.E. programs and recess periods are getting slashed to make more time for the “serious” classroom subjects. A recent study published in the journal Pediatrics found that 30 percent of children surveyed are currently deprived of recess in their school day.
An alarming number of elementary schools don’t even have playgrounds! (Then again, if you don’t get recess, what do you need a playground for?) The Atlanta public school system is one of many that doesn’t include playgrounds or playground equipment when it builds elementary schools.
Childhood obesity trends have a lot to do with access—or lack thereof. If kids grow up in neighborhoods that are sprinkled liberally with fast food restaurants and convenience stores, it’s tough for them to eat well, no matter how many times they’ve been told that spinach is good for them. Likewise, if neighborhoods don’t offer safe, outdoor spaces to gather and play, there’s not much incentive for kids to get off the couch.
To effectively fight the childhood obesity epidemic, we need to fill these “food deserts” and “play deserts” with farmer’s markets and playgrounds. We need to fight for healthier neighborhoods AND healthier schools. The battle will be long and arduous, but standing up for healthy lunches, P.E. classes, and the reinstatement of recess is something we can all do now.
As kids head back to school, they have enough to think about­. Let’s stop lecturing them and instead make being healthy a no-brainer.
Take action:
If your child’s school doesn’t have recess, here are some tools to help you get recess reinstated.
If your child’s school doesn’t have a playground, here are some online tools and resources to help you build one.
To lobby for better lunches and healthier schools, here’s The Quick and Easy Guide to School Wellness
About the author:
Kerala Taylor is the Manager of Online Content and Outreach for KaBOOM!, a national non-profit dedicated to saving play for America’s children. Our mission is to create great playspaces through the participation and leadership of communities. Ultimately, we envision a place to play within walking distance of every child in America. Learn more at kaboom.org.
………………………………
Hyperlinks (in order):
http://www.nytimes.com/2010/08/22/business/22stream.html?_r
http://pediatrics.aappublications.org/cgi/content/abstract/123/2/431
http://www.sundaypaper.com/More/Archives/tabid/98/articleType/ArticleView/articleId/435/Schools-without-playgrounds.aspx
http://www.peacefulplaygrounds.com/right-to-recess.htm
http://projects.kaboom.org/
https://www.thedatabank.com/dpg/395/personal2.asp?formid=schowellonline
http://kaboom.org