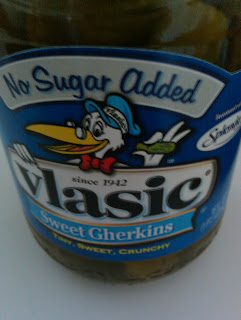 My kid loves pickles. When I was shopping for the right pickle, I saw these. I fell prey to the marketing and I bought them. I was unloading groceries and noticed that little logo to the right “Splenda.”

I avoid Splenda always. I cannot believe it’s in pickles! I returned them and bought a totally different brand. Are you as shocked as me? Why do need to put additives in everything?

67 thoughts on “Pickles with splenda?”