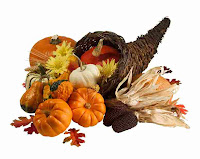 Childhood obesity has more than tripled in the past 30 years (CDC). It is an epidemic and it’s going to cost our country big bucks. I’m happy that Michelle Obama started the Let’s Move campaign to focus on this issue. Who doesn’t want to fight “obesity?” It’s just…

“Obesity” implies eating too many calories. But the assumption is that nutritional needs are being over-fulfilled. Not so. I believe you can overeat the wrong foods and miss vital nutrients.

Instead of having a discussion about obesity, I wish it could be framed in the language of “nutrition” or “nourishment.” Because I’d like to include all the kids, fat and thin, big and small, in a larger discussion of food.

I see lots of thin kids at school and they are eating the same foods as the obese kids. Are they eating the right calories and fats to nourish their bodies? Somehow I don’t think so. They must be just eating less and maybe not enough of the good stuff.

I think I know why the Let’s Move folks chose “childhood obesity” as the enemy because it’s an easy win — who can argue? If they instead tried to focus on nourishment or nutrition, they would lose people. Let’s face it, “childhood obesity” conjures up a picture of “a fat kid” (not politically correct but true). In our thin world it’s easy to say “let’s fight fat!”

What about “childhood nutrition?” I see a cornucopia with squashes and gourds (see above). “Nourishment?” Hmm, I see my mom is making chicken soup with buttered bread. No enemy there!

Don’t get me wrong: being obese is a big problem. I wish the obesity problem wasn’t thought of as “just being fat,” because there’s a chance most kids are undernourished regardless of their size.

NOTE: I apologize if this post offends you. It is not meant to hurt anyone’s feelings. I removed the line that offended people.